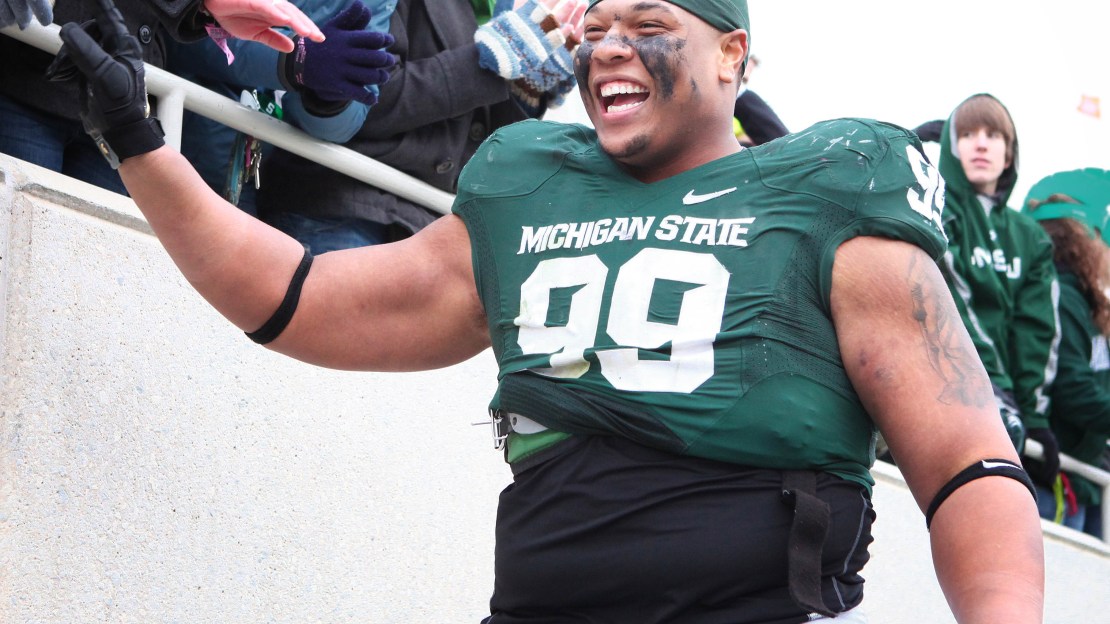 Legends Division champ Michigan State moved up one spot, from No. 15 to No. 14, to pace the Big Ten in the latest BCS Standings, released Sunday night. Michigan and Wisconsin come in right behind the Spartans, at Nos. 15 and 16, respectively. No. 19 Penn State and No. 21 Nebraska round out the Big Ten teams ranked in the poll.

Spartans enter Coaches Poll top 10
The latest Coaches Poll was released Sunday, and Legends Division champion Michigan State has entered the top 10, at No. 10. The Spartans, once again, pace five Big Ten teams in the poll, followed by No. 12 Wisconsin, No. 16 Michigan, No. 19 Penn State and No. 22 Nebraska, the lone one of the group to lose Saturday. Come back here later for the latest BCS Standings.