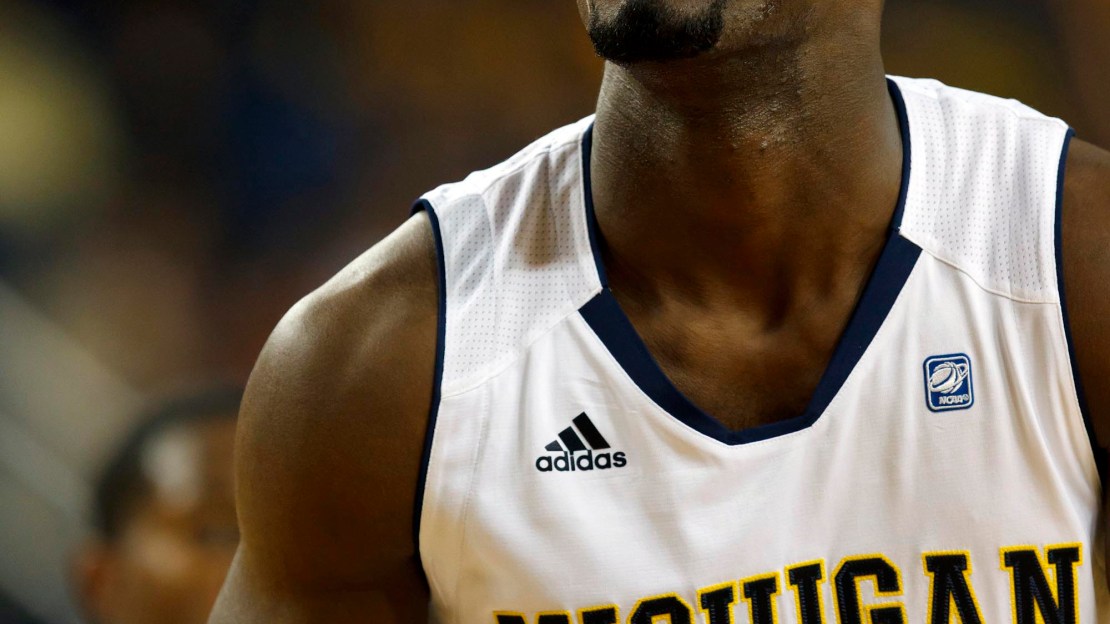 It's time now to turn to the teams that figure to be in the thick of the conference title hunt. First up is a team that exhibited a split personality last season: Michigan.

Over the last 15 games of last season, there wasn?t a game that Michigan was ever out of. Even when Duke opened up a 15-point lead on the Wolverines with about ten minutes to go in the second round of the NCAA Tournament, Beilein?s group didn?t quit. Having seen Michigan storm back against Illinois in the Big Ten Tournament, I knew all too well that one should not declare this team to be dead until the clock shows zeroes.

The valiant comeback effort came up short, but Beilein?s crew served notice–Michigan was back. Last season started out as the disaster many feared in Ann Arbor. This was a young group trying to weather the losses of Manny Harris and DeShawn Sims, who attempted a combined 877 shots for the Wolverines last season. The entire rest of the team attempted a combined 881 shots. Harris and Sims converted 401 of those attempts, the rest of the team converted 331. Sims was also the best rebounder, Harris the best playmaker. So it was no surprise when, 7 games into the conference season, the Wolverines sat at 1-6.

Over the last 11 games, however, the team finished 8-3. What changed? Well, one theory is that freshman Tim Hardaway Jr. transformed from a promising freshman to an All-Conference contender. Over the first 7 games, Hardaway averaged 10 points a game. Over the last 11, he averaged 18.  Easy, right?

But it wasn?t really offense that explains the turnaround in Ann Arbor:

Sure, the offense improved somewhat, but the real gains were on defense. Over the first 7 games, the Wolverines apparently were actively helping the other team score. Over the last 11, the defense was pretty good (keep in mind how offensive the conference was last season–the best defensive team was Purdue, which allowed a point per possession).

This year, everyone returns except star point guard Darius Morris. Morris was clearly UM?s best player in terms of creating his own shot and executing the pick and roll, but there are still a lot of offensive weapons remaining (most notably, Hardaway and fellow sophomore Jordan Morgan), and plenty of promising prospects (most notably, Evan Smotrycz) that can help fill the void left by Morris. Someone will have to handle the ball, but a point guard by committee (likely committee members: Trey Burke, Stu Douglass, and Hardaway) is not too much of an issue for an offense with this many weapons.

The real concern should be on defense. After all, it was the defense that fueled the turnaround last season. And that?s where these Wolverines might not improve quite as much as others might think based on the retuning minutes. For one, Morris? length bothered opposing floor generals quite a bit, and without him available the rest of the defense will have to adjust. Second, Beilein does not have a long history of coaching top-flight defenses. Last season's squad probably featured the best defense Beilein has ever coached. So it's a tall order to expect him to repeat that accomplishment this season.

Frankly, I think whether the Wolverines are headed for a special season rests on the shoulders of Jon Horford. Al?s little brother showed promise last season as a terrific rebounder and excellent shotblocker. The problem was that he was also both thin and extremely raw (committing over 8 fouls per 40 minutes). Horford has reportedly put on over 30 pounds this offseason, and if the increased bulk translates into less hacking, Michigan?s defense could still be in very good shape. If that happens, this is a top 10 team.