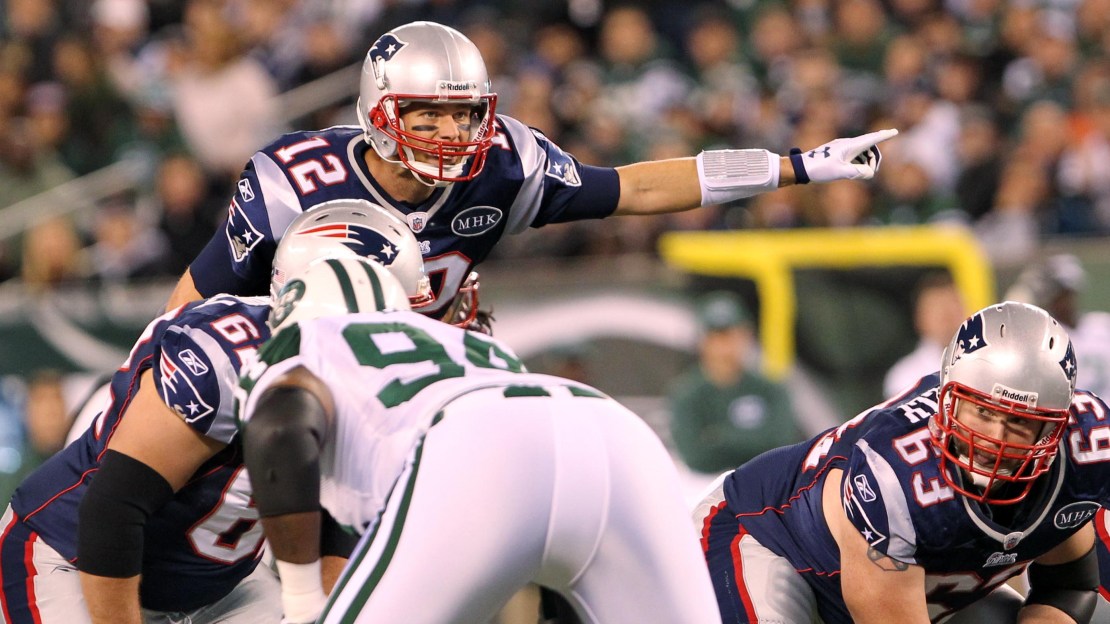 Week 10 of the NFL season is in the books, and Big Ten products made quite the impact. All season long, use our Big Ten NFL Stat Tracker to see how ex-Big Ten stars performed each week. Simply click on a player's name, and the link will lead you to his NFL.com game log. Every Tuesday, Brent Yarina singles out the best offensive, defensive and special teams performances, plus links to their NFL.com highlights. See Brent's Week 10 winners in this post.

Offense: Tom Brady, New England – The New York Jets' fearsome secondary was no challenge to Brady and his Patriots on Sunday Night Football. The former Michigan quarterback completed 26 of 39 passes for 329 yards and three touchdowns (watch the 3rd TD!) in New England's huge 37-16 road win. Brady's 26 completions and three scoring strikes both mark the most the Jets have surrendered this season.

Defense: Rob Ninkovich, New England – The Purdue product had his best game of the season, registering five tackles and returning one of his two interceptions for a touchdown (watch the pick-6!) in New England's 37-16 win at the New York Jets. Nebraska product Scott Shanle tallied a season-high nine tackles and picked off a pass (watch the interception!) in New Orleans' 26-23 overtime win at Atlanta.

Special Teams: Robbie Gould, Chicago – On a windy afternoon at Soldier Field, Gould hit three of four field goals, including a 50-yarder (watch the FG!), and nailed all four of his extra points in Chicago's commanding 37-13 win over rival Detroit. The former Penn State kicker has hit 20 of 22 field goals (91 percent) and all 25 extra points this season for a total of 85 points.

Want more coverage of Big Ten products in the NFL? Check out ?The Next Level? at 7 p.m. Tuesday to hear Rick Pizzo, Russ Lande, Brandon Williams and Jon Jansen talk about Big Ten players on the NFL radar. Here's what tonight's show will include: