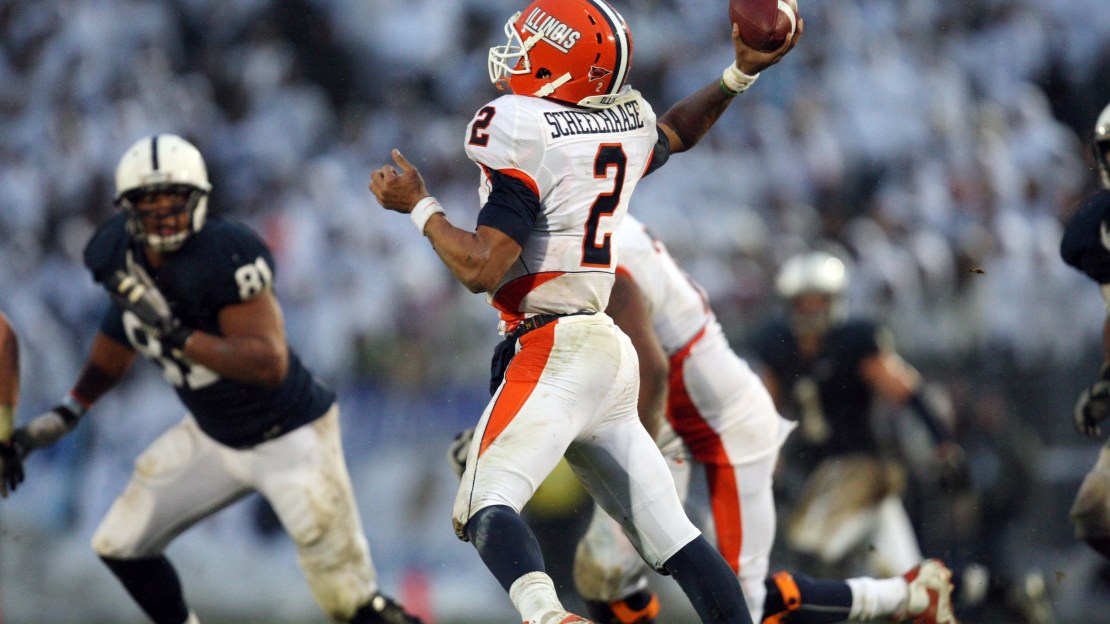 Just two weeks remain in the regular season, but there still is a lot to play for in the Big Ten. Michigan State could wrap up the Legends Division this week with a win at home over Indiana and a loss by Nebraska at Michigan. Regardless, if the Spartans win out, they are in the Big Ten title game on Dec. 3.

Wisconsin and Penn State control their destiny in the Leaders Division. To stay on track for a de facto division championship showdown in Madison on Nov. 26, the Badgers must win at Illinois while the Nittany Lions need to prevail at Ohio State. Northwestern (vs. Minnesota) and Purdue (vs. Iowa) each is just one win shy of becoming bowl eligible. The Wildcats are the hottest team in the Big Ten with three victories in a row. The coldest team? Illinois, losers of four in succession after opening the year 6-0. Full Big Ten standings right here. You have my Saturday sneak peek here, my weekly bowl projections here, and my latest trophy tracker here. No dive in for my look at the Best of Week 12.

BEST MATCHUP
Penn State defensive line vs. Ohio State offensive line. This is sheer power on power in a pivotal matchup that will go a long toward determining who wins this key Leaders Division clash. Sit back and watch Buckeye blockers like tackle Mike Adams and center Michael Brewster locks horns with the likes of Nittany Lion linemen Devon Still and Jordan Hill.

PLAYER ON THE SPOT
Illinois QB Nathan Scheelhaase. The Fighting Illini have lost four in a row after starting 6-0. The biggest issue: The offense. Illinois has failed to score in the first half in each of the last four games. Much of the focus has been on Scheelhaase. He has decent numbers, hitting 62 percent of his passes for 1,857 yards with 12 touchdowns and six interceptions. But during the four-game slide, the sophomore has hit 67-of-116 passes (57.8 percent) for 619 yards with just two touchdowns and three picks. He also has run 59 times for only 168 yards (2.8 ypc) and two scores.

KEEP AN EYE ON
Penn State?s offense and psyche. This is a moribund Nittany Lion offense that ranks 11th in the Big Ten in scoring (18.1 ppg). The aerial attack has been especially abysmal, throwing a league-low eight touchdown passes and ranking ninth in the conference in passing (195.7 ypg). Without better balance, the offense will struggle to score enough at Ohio State. QB Matt McGloin needs to play one of his better games of the year in Columbus for the Nits to stay in the Leaders race. And how will the team?s psyche be as it continues to deal with fallout from the child sex abuse scandal that has rocked the world and cost Joe Paterno his job?

BEST COORDINATOR MATCHUP
Wisconsin offensive coordinator Paul Chryst vs. Illinois defensive coordinator Vic Koenning. Chryst pushes the buttons on the Big Ten?s top scoring attack (46.5 points per game). The Badger offense averages over 200 yards rushing and 200 passing. Koenning is one of the most underrated coordinators in the nation and has done a fine job despite some big personnel losses after last season. Illinois ranks fourth in the Big Ten in total defense (288.3 yard per game) and fifth in scoring defense (18.6 ppg). This will be a pivotal battle of wits and schemes.

BEST COACHING MATCHUP
Nebraska?s Bo Pelini vs. Michigan?s Brady Hoke. Two rising stars in the coaching ranks face off. Each is using a defensive background to rebuild national power programs. While Pelini takes a more hands-on approach, Hoke is a delegator who lets his coaches coach. Both styles can work in a battle pecking order in the Legends and bowl positioning.

BEST QUARTERBACK MATCHUP
Michigan?s Denard Robinson vs. Nebraska?s Taylor Martinez. In many ways, each is a mirror of the other. Both are excellent runners who are capable of scoring anytime they take off running. Passing? Each remains a work in progress. And while each is dynamic, each also can be prone to trying to do too much and committing mistakes. Keep an eye on Robinson, who sprained his right wrist last week but still is expected to play.