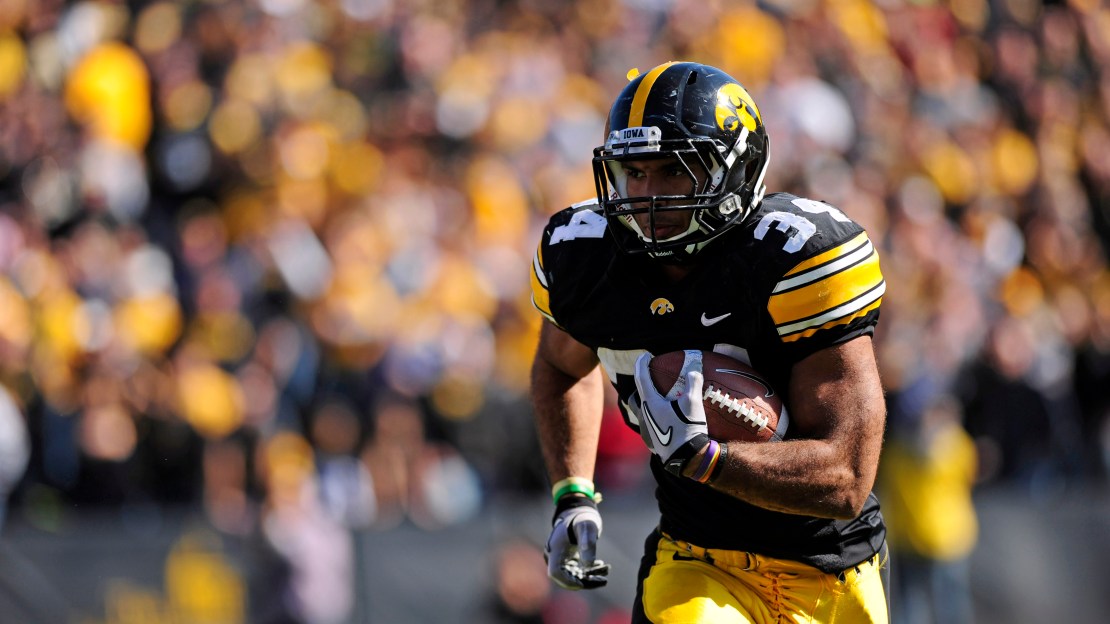 Only two weeks remain for players to make a run at one of the Big Ten's inaugural postseason trophies, and the races for the various hardware continue to scramble from week to week with many players still in contention. Who are the leaders? Check it out in my latest Trophy Tracker. And don't forget to watch our interview with Wisconsin running back Montee Ball, whose name might just be in contention for some of the hardware in this post.

THE BUZZ: Wilson has been a hallmark of consistent excellence all season. And it was more of the same in a 42-13 win at Minnesota. Wilson hit his first 13 passes and finished 16-of-17 for 177 yards with four touchdowns. Wilson now has a school single-season record 25 touchdown passes this year.

THE BUZZ: David has been a tackling machine all season for a stout Nebraska defense that limited Penn State to 14 points in a big win at Penn State.

THE BUZZ: Back in August few envisioned Michigan State being on the precipice of winning the Legends Division. But here are the Spartans, poised for another Big Ten title behind a great senior quarterback and killer defense. Credit Dantonio.

THE BUZZ: Yes, Miller has had his ups and downs, but he's been the freshman making the biggest impact. Special mention to Michigan State C Travis Jackson, who has a bright future.

THE BUZZ: The Badgers continue to steamroll opponents, thanks to a dominant offensive line. And Konz is the leader. Wisconsin ran for 285 yards in a 42-13 victory at Minnesota and out gained the Gophers 462-156.

THE BUZZ: The massive Worthy was instrumental in limiting Iowa to 87 yards rushing on 30 carries (2.9 ypc), as Big Ten leading rushing Marcus Coker had just 57 yards rushing. Yes, Penn State lost, but Still was force on the interior for the Nittany Lions.

THE BUZZ: Wilson is the most efficient quarterback in the nation (201.58). Cousins passed for 260 yards and three touchdowns on Saturday. Persa threw for a career-high 372 yards and also matched a career-high with four touchdown tosses.

THE BUZZ: Ball scored three touchdowns to give him a Big Ten single-season record 27. He also ran 23 times for 167 yards (7.3 ypc). Burkhead is coming off a 121-yard effort in a big win at Penn State. Coker was limited to 57 yards in a loss at home to Michigan State.

THE BUZZ: Lewis has been an underrated force all season who has injected an element of speed into the Michigan State defense. He also has four interceptions, running back two for scores. Hyde continues to be a bright spot on Iowa?s defense.

THE BUZZ: David has a nose for the ball and rarely is knocked off his feet. Taylor is a star on a good-but-not-great Badger defense. Bet you didn?t know he leads the Big Ten in tackles.

THE BUZZ: Ebert is coming off a great game, catching seven passes for a career-high 208 yards passing with two touchdowns. One was a 90-yard score. McNutt will leave Iowa as the school?s best receiver. Not bad for a guy who arrived as a quarterback.

THE BUZZ: Dunsmore is a third-down security blanket who excels at moving the chains. He has 40 catches and is a legit Mackey Award contender. Pedersen leads all Big Ten tight ends with eight touchdown grabs.

THE BUZZ: Maher leads the conference with 16 field goals. Not only is he consistent (16-of-19), but he has a big leg, too. Meyer has nailed 13-of-18 field-goal attempts and has shown a big leg when called on.