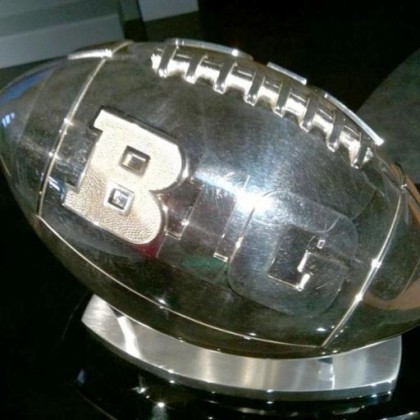 You can get caught up on the latest from Penn State with our story archive from the Associated Press. and our BTN.com posts from the last 10 days.

So, do you remember Stagg? Here's his bio from BigTen.org

"A coaching pioneer in several sports, Amos Alonzo Stagg coached football at the University of Chicago from 1892-1932, leading the Maroons to national championships in 1905 and 1913. He also coached basketball at the school for one season and was the head baseball coach for 19 seasons. At Chicago, Stagg compiled a 199-94-22 record while the school was a member of the Big Ten, and that wins total ranks second among all Big Ten coaches. His 116 wins in Big Ten games ranks third, and his seven conference titles ties him for fifth. Stagg has been inducted into the College Football Hall of Fame. On the basketball court, Stagg developed the game as a five-player sport and was inducted into the Basketball Hall of Fame in 1959 as a member of the Hall's first class. Stagg's name graces two high schools in the United States, and the NCAA Division III Football Championship Game, the Stagg Bowl, is named in his honor."

And here's a list of all the football trophies and awards from the Big Ten Conference.

So what do you think about the announcement? Tell us the comments below an we'll post the best ones. Be respectful in your answers please. And don't forget to mail your questions for our weekly mailbag with BTN.com senior writer Tom Dienhart.