Henry Shot in Hand, To Miss Rest of Season 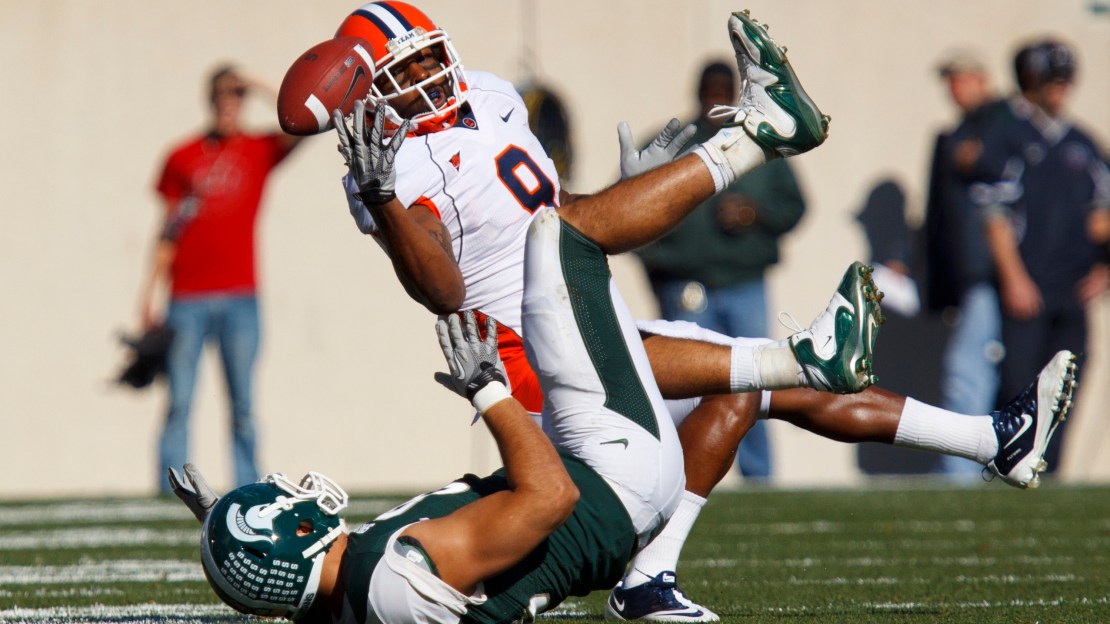 (AP) Illinois linebacker Trulon Henry will miss the rest of the season after he was shot in the hand during a shooting near campus. Illini coach Ron Zook says Henry had surgery Sunday. Urbana police say two others were wounded during the gunfire that happened before 3:30 a.m. Sunday at a large house party.

Zook says several Illinois players – largely underclassmen – were at the party but were unhurt. Zook says Henry, who has 39 tackles and two interceptions, was not attending the gathering but went to there to clear out the other players when the get-together turned turbulent.

Illinois lost to Michigan on Saturday, its fourth straight defeat. The Illini host Wisconsin in Week 12.

Zook said Trulon Henry shot in ring finger. Said other players were not hurt during the fight or shooting.