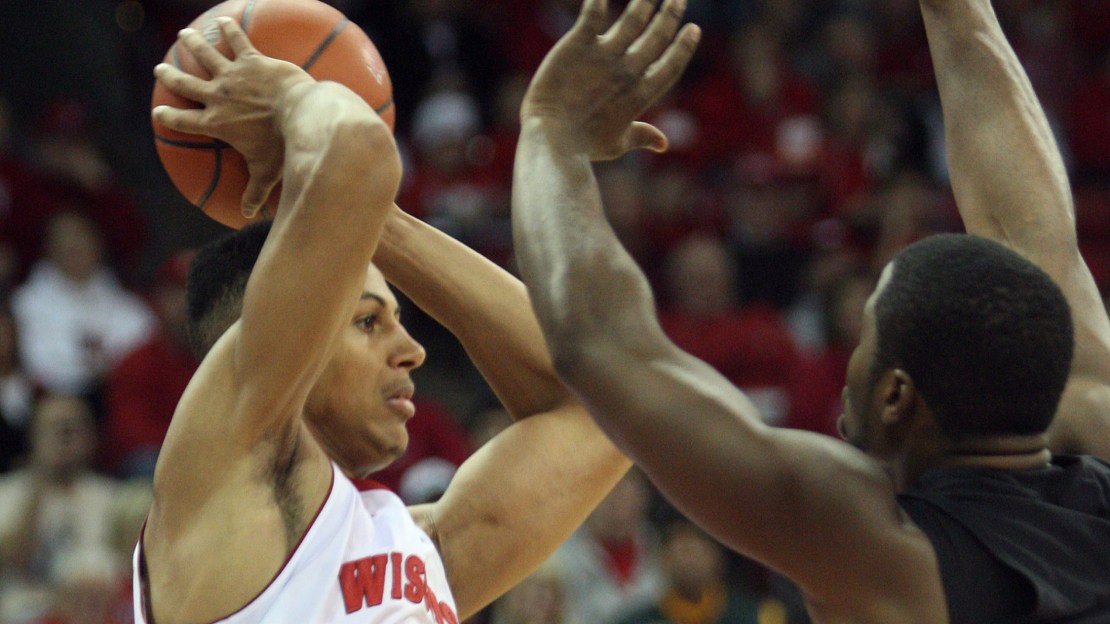 Penn State and Wisconsin's men's basketball teams open up the 2011-12 season Saturday afternoon with resounding victories. The Badgers used hot shooting and stifling defense to blast Kennesaw State, 85-31, while Penn State put away Hartford, 70-55, in Tom Chambers' debut. Watch our video analysis from Wisconsin's dominant win now and read all about the games in this post.

FINAL: Josh Gasser scored 14 points and Jordan Taylor added 11 points as they teamed up to lead Wisconsin to an 85-31 victory over Kennesaw State on Saturday at Kohl Center in Madison. The Badgers hit 59 percent of their field goals (30-of-51). Wisconsin was hot from long range, hitting 15 threes and shooting 60 percent from beyond the arc. Jared Berggren had a quality shooting game, nailing 4-of-6 shots from the field and scored 11 points. In addition to Gasser's performance, Taylor's stellar play, and Berggren's strong play, Ben Brust tallied 14 points and Ryan Evans scored 13 points. Markeith Cummings had 18 points and corralled seven rebounds for the Owls in the loss. Kennesaw State shot just 23 percent from the field (10-of-44). The Badgers won the rebounding battle en route to victory, pulling down 39 boards to 18 for the Owls.

HALFTIME: Stifling defense led Wisconsin to a 41-8 lead at the half over Kennesaw State. The Badgers held the Owls to just 13 percent (3-23) shooting in the first half.  Ben Brust was the leading scorer for Wisconsin with 11 points. He shot 4-6 from the field and 3-4 from long distance. Spencer Dixon has five points to lead Kennesaw State.

FINAL: Trey Lewis paced Penn State with 17 points to lead the Nittany Lions to a 70-55 victory over Hartford on Saturday at Bryce Jordan Center in University Park. After going into the break with momentum, the Nittany Lions kept their foot on the gas to start the second half. Penn State led 21-20 in the first half before it widened the margin to 13 points with a 14-2 run that ended with 18:40 remaining in the game. The Nittany Lions had trouble finding their shooting touch, shooting just 36 percent (23-of-64) from the field. Penn State was hot from long range, hitting 10 threes and shooting 43 percent from beyond the arc. To go with Lewis' efforts, Tim Frazier registered 16 points, Cammeron Woodyard scored 11 points, and Matt Glover tallied 10 points. Wes Cole contributed 12 points for the Hawks in a losing effort.

HALFTIME: Tim Frazier has nine points to lead Penn State to a 32-22 lead over Hartford at the end of the first half.  The Nittany Lions have the lead at halftime due in large part to their ability to get to the free throw line. Through 20 minutes of play, Penn State has attempted 17 free throws.  Leading 21-20, the Nittany Lions went on an 11-0 run to open up a 32-20 advantage.  Penn State has been able to make the most of its good looks from long range, hitting at a 45 percent clip (5-of-11).  The Hawks have been effective inside by making 4-of-5 two-point field goals, but Hartford has struggled on the perimeter by shooting 33 percent (4-of-12) from three-point range.  Yolanzo Moore, the leading scorer this season for the Hawks, has not made much of an impact through the first 20 minutes. He has two points at the break.  Wes Cole has been the best player on the court for Hartford thus far with six points.