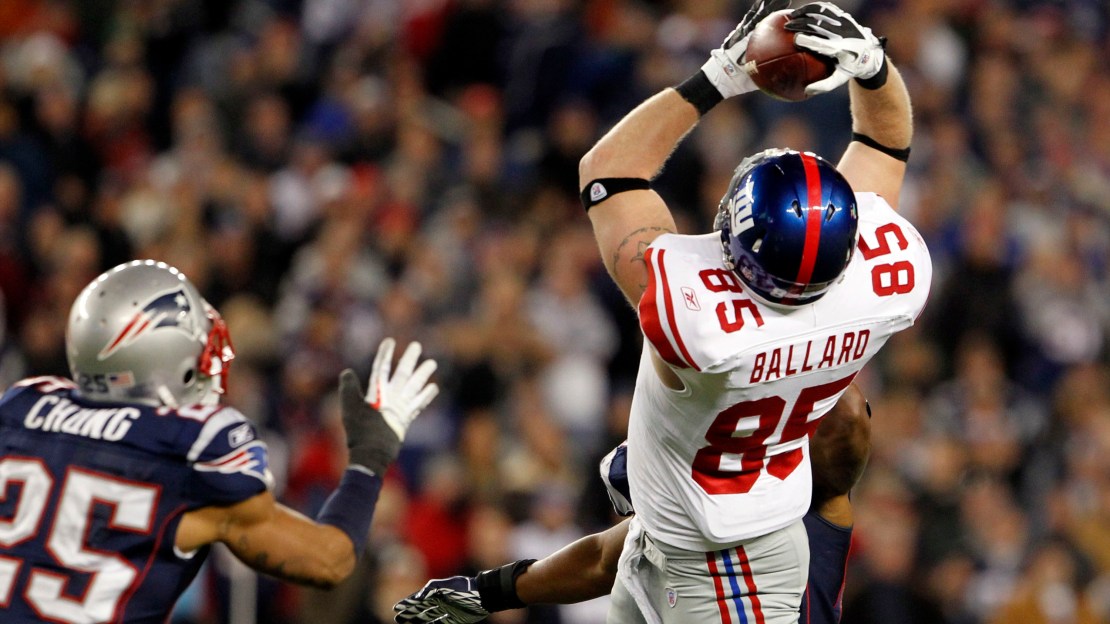 Week 9 of the NFL season is in the books, and Big Ten products have had more big days. All season long, use our Big Ten NFL Stat Tracker to see how ex-Big Ten stars performed each week. Simply click on a player's name, and the link will lead you to his NFL.com game log. Every Tuesday, Brent Yarina singles out the best offensive, defensive and special teams performances, plus links to their NFL.com highlights. See Brent's Week 9 winners in this post.

Offense: Jake Ballard, New York Giants – In arguably the biggest game of Week 9, Ballard caught the game-winning score, a 1-yard scoring strike (Watch the TD!), with 15 seconds left to lift the Giants to a 24-20 road victory over New England. The Ohio State product hauled in four receptions for 67 yards, including a highlight-reel 28-yard catch (Watch the catch!) that set up his aforementioned game-winning score, in addition to grabbing his third touchdown catch. Former Nebraska running back Roy Helu caught 14 passes for 104 yards in his first NFL start to set a Washington single-game reception record in a 19-11 home loss to San Francisco.

Special Teams: Robbie Gould, Chicago – Per usual, Gould was perfect in Chicago's 30-24 MNF victory at Philadelphia, hitting all three extra points and all three field goals, including a 51-yarder (Watch the kick!). The former Penn State kicker has hit all 21 of his extra points and is 17 of 18 on field goals this season.