Dienhart: Early Look Ahead to Week 11 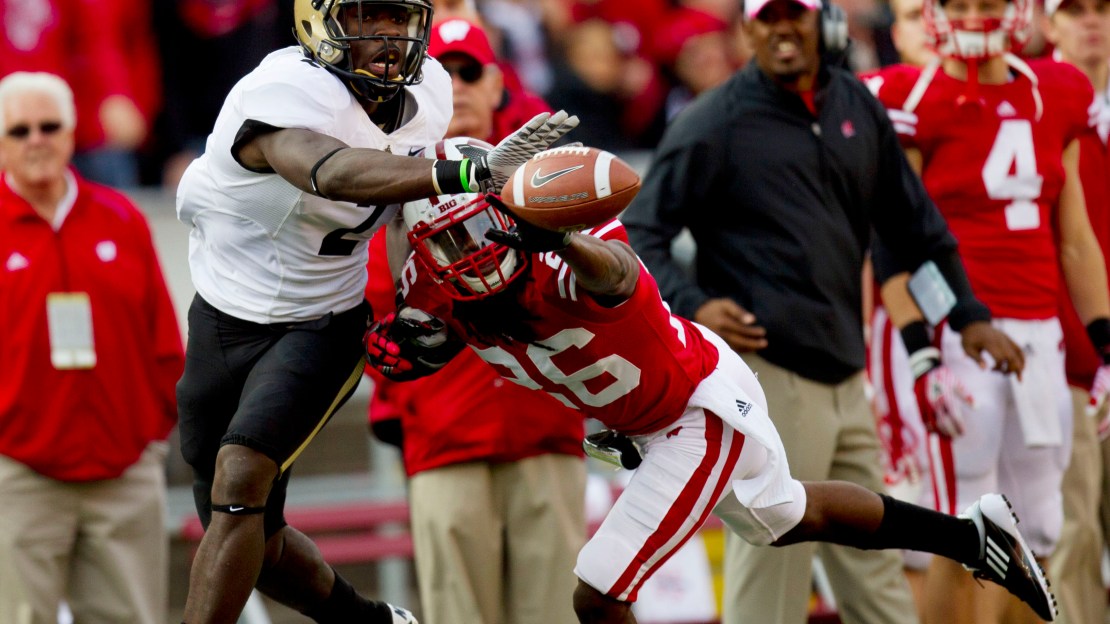 This week is highlighted by two huge games, one in each division. The top game is Michigan State?s visit to Iowa, which is 6-0 at home and playing well. A loss by the Spartans-the only team in the division with just one division defeat–would further scramble the Legends Division race. In the Leaders Division, all eyes will be on Nebraska?s visit to Penn State, the only team in the division that controls its destiny. Following is a sneak peek at this week?s games. Note: Indiana is off this week.

No. 22 Michigan State (7-2, 4-1) at Iowa (6-3, 3-2), Noon ET, ESPN2: Back in August, few could have envisioned the Spartans and Hawkeyes setting the pace in the Legends Division. But, here they are, playing what essentially figures to be an elimination match in the biggest Big Ten game of the weekend. Michigan State could clinch a share of the division title with a triumph and losses by Nebraska and Michigan. Each school got back on track last week following a loss. While Iowa has struggled on defense, it?s 6-0 at home and has a balanced and dynamic offense. Michigan State has one the nation?s top defenses and can match the Hawkeyes? skill-position talent. This is gonna be good.

No. 19 Nebraska (7-2, 3-2) at No. 12 Penn State (8-1, 5-0), Noon ET, ESPN:This could be huge for Penn State, which can clinch a share of the Leaders title with a victory. But this game lost some luster when the Cornhuskers were upset at home by Northwestern last week. The Nittany Lions, who were off last week, have used a simple recipe of defense and running the football to build a surprising 8-1 record. Penn State is the only team in the Leaders Division that controls its destiny. But this will be the first of three daunting season-ending clashes. The Husker defense will be motivated after it got beat for 468 yards last week by Northwestern. But can the Nebraska offense score enough vs. a Nit defense that ranks No. 1 in the league and No. 3 in the nation in scoring (12.4 ppg)?

No. 22 Michigan (7-2, 3-2) at Illinois (6-3, 2-3), 3:30 p.m. ET ABC: Two teams in need of a win. The Wolverines are coming off a narrow loss at Iowa, while Illinois was off last week to contemplate its three-game losing skid. This one may come down to which team runs best, as the ground game for each school is strong. The Wolverines rank No. 3 in the Big Ten in rushing; the Fighting Illini are No. 5.

Ohio State (6-3, 3-2) at Purdue (4-5, 2-3), Noon ET, BTN: Two teams seemingly going in opposite directions. The Buckeyes have won three in a row and are in the hunt for the Leaders Division title. The Boilermakers have dropped two in a row and three of the last four as they fight for their bowl life.

Wisconsin (7-2, 3-2) at Minnesota (2-7, 1-4), 3:30 p.m. ET, BTN: This is all about Paul Bunyan?s Axe-and the Badgers trying to keep pace in the Leaders Division. Wisconsin is playing with a sense of urgency, as it must win out and hope for some help if it wishes to win the division. The Badgers may have played their best game yet in a 62-17 crushing of Purdue. The Gophers have played well the last two weeks, upsetting Iowa and almost winning at Michigan State last week. Minnesota would love to swing the Axe for the first time since 2003-and ruin Wisconsin?s season.

Rice (3-6) at Northwestern (4-5, 2-4), Noon ET: That?s two victories in a row for the Wildcats, who are looking to get bowl eligible for a fourth consecutive season. Northwestern?s momentum built even more following a stunning 28-25 win at No. 9 Nebraska, one of the biggest triumphs in school annals. The Wildcats will face a Rice team that ended a three-game losing skid last week with a win over UTEP. And this is an Owl team that earlier this year nipped Purdue, 24-22. Be careful, Northwestern.