Dienhart: 10 Things To Watch for Saturday 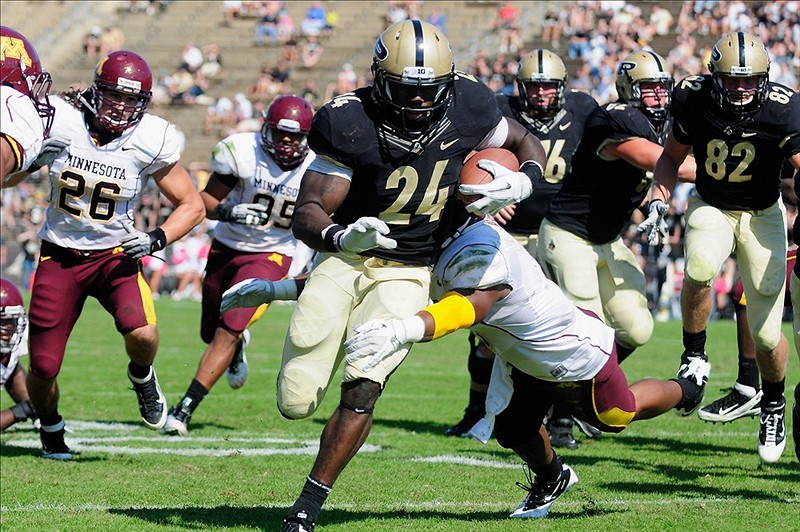 With Saturday at our doorstep, many questions nag: Can Wisconsin get back on track after losing two in a row? Should Michigan State be worried about its offense? Can Iowa stop anyone from running the ball? Is Michigan's defense for real? Following is a look at those topics and what else to watch for this Saturday.

1. Michigan secondary. The unit should get a boost from the return of S Jordan Kovacs. Good thing, as Iowa figures to test the Wolverine defensive backs. Iowa QB James Vandenberg has thrown 17 touchdown passes with just four picks and has a top-notch target in WR Marvin McNutt. Plus, WR Keenan Davis is expected back from an ankle injury. Bottom line: Michigan's secondary better be ready. If Iowa can run with RB Marcus Coker and pass, it could be a long day for the Wolverine defense.

2. Iowa's run defense. The offense is playing well behind rising star QB James Vandenberg and Coker. But the defense hasn't been doing its part. The front seven is struggling to stop the run. Last week may have been the low point in a 22-21 loss at Minnesota, as the Golden Gophers controlled the ball and the clock for almost 13.5 minutes of the decisive fourth quarter. And where is the pass rush? Iowa has just 12 sacks.

3. Wisconsin's rushing game. The formidable Badger ground game must get back to its usual dominant self vs. Purdue after being rationed 89 yards on the ground in the loss at Ohio State. Also, keep an eye on the Wisconsin special teams, as the Badgers have had a punt blocked each of the past two weeks. That must change if Wisconsin still wants to win the Leaders. And late-game pass defense has been a killer the last two weeks, as the Badgers have been done in by last-second desperation touchdown heaves.

4. Michigan State QB Kirk Cousins. Heck, keep an eye on the entire Spartan offense. The attack floundered in a 24-3 loss at Nebraska last week, gaining just 187 yards. Cousins endured his worst game as a Spartan, hitting just 11-of-27 passes for 86 yards. Michigan State's all-time winningest quarterback (22 victories) could feast on a soft Minnesota defense that ranks 10th in the Big Ten (430.8 ypg). It will help if RB Edwin Baker-who has had a disappointing 2011–can replicate the big game he had vs. Minnesota last year, when he ran 27 times for 179 yards and four scores in a 31-8 victory.

5. Nebraska's secondary. The Huskers shouldn't have issues scoring on a porous Northwestern defense. But Nebraska's surging defense could get dinged by the Wildcat offense that ranks third in the Big Ten (431.8 ypg) and is coming off a 59-point effort at Indiana behind star QB Dan Persa. Are the Blackshirts really back? This will be another good test.

6. Ohio State's focus. The Buckeyes have gone from a potential second-tier bowl team to possible Big Ten champs with back-to-back triumphs over Illinois and Wisconsin. Ohio State needs to stay motivated and focused vs. a slumping Indiana team, continuing to maintain a sharp edge on defense while QB Braxton Miller continues to hone his passing skills-and avoid the big mistake.

7. Purdue's running game. For the Boilermakers to have any shot at winning at Wisconsin, they need to establish a ground game that has been in a funk. Purdue was held under 100 yards rushing for the second time this season at Michigan last week. RBs Ralph Bolden and Akeem Shavers need to pick it up after combing for 82 yards on 32 totes (2.6 yards per carry) in the last two contests.

8. Northwestern's running game. The Cats got a surprise 110-yard rushing effort from RB Jacob Schmidt last week in a win at Indiana. Another key weapon is Kain Colter, a do-it-all player who can play quarterback and receiver while also injecting leadership and moxie into the team. Northwestern needs another strong rushing effort-and offensive effort–to control the ball and clock, keeping it away from Nebraska's ground-pounding attack.

9. Minnesota's defense. Can the Golden Gophers slow down the Spartans, who are coming off a rough outing at Nebraska? That will be vital if Minnesota wants any chance to pull a second straight upset, because the Gophers figure to struggle to score vs. a Michigan State defense that ranks No. 1 in the Big Ten (228.8 ypg) and No. 2 in the nation.