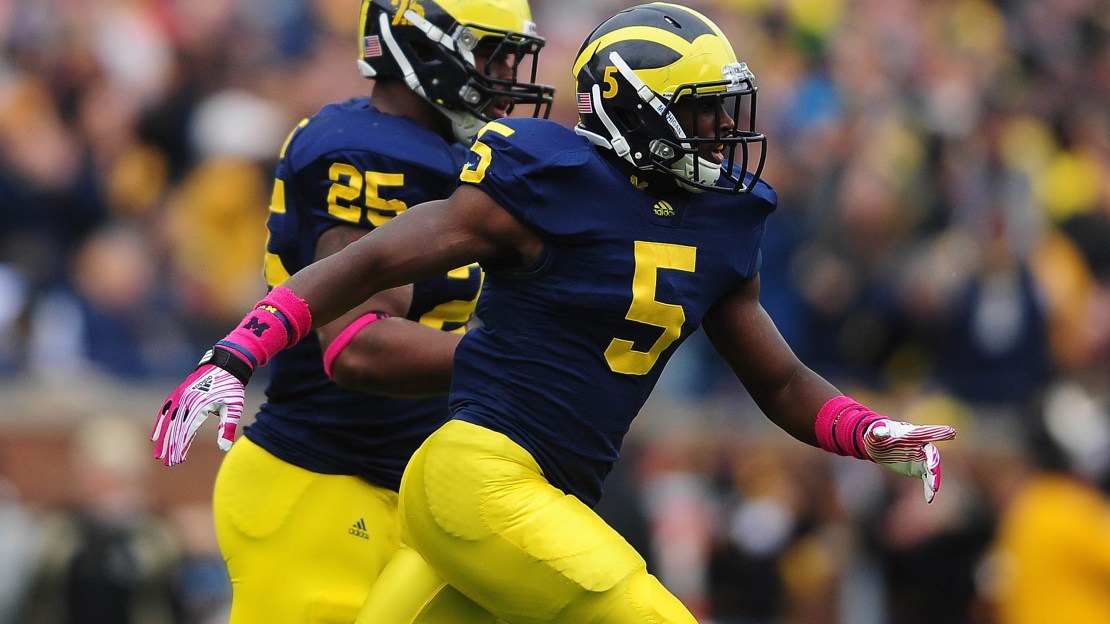 It hasn?t taken Greg Mattison long to revive the Michigan defense. And that?s a major reason why the Wolverines are in the thick of the Legends Division race as they travel to Iowa for a big game Saturday (noon ET, BTN). Defense had been a dirty word in Ann Arbor under the Rich Rodriguez regime the past three seasons. In 2010, Michigan hit a nadir, ranking last in the Big Ten in total defense (450.8 ypg), scoring defense (35.2 ppg) and pass defense (261.9 ypg). One year later, those numbers are now: 340.6, 15.3 and 196.3.

I caught up with Mattison, also Michigan's defensive coordinator from 1992-96, earlier this week to get his thoughts on his vastly improved defense and where it's headed down the home stretch.

Q: What have been the keys to success for your defense?
A: One is the offense. It has done a really good job of putting points on the board. But defensively, they are buying into Michigan defense the way it always has been in that you have to play extremely hard on every play.

You have to run to the football and get more than one person to the ball. And I think they have taken pride in trying to improve on their techniques. That has been the biggest thing we have tried to instill in them since we got here. We are gonna play with technique and we are gonna play with effort. If you don?t do that, you won?t play football here. They have bought into that.

Q: Has it been difficult transitioning from a 3-3-5 defense of the previous staff to a 4-3?
A: I don?t know if you?d say there were rough spots, but I don?t think it?s been the easiest thing in the world. There are so many things in the defense you would think would come natural, but it?s all new. It?s like a guy trying to learn a foreign language. There is nothing to relate it to. There?s been a lot of over coaching.

Our coaches have done a good job of demanding and trying to teach them why you must do things a certain way and what happens if you don?t. Some of the things you teach are things you take for granted at a lot of places, but not when they haven?t been in that style of defense.

Q: Do you have the personnel of a championship defense?
A: That?s what our goal is. Every game is a championship game. We are in November, and that?s when forever at Michigan championships have been won. Our deal is to go out and win each game one at a time. And one thing we?ve talked a great deal about, when you do win championships, they often are won by the defense. So, whatever we have to do to get the job done, that?s what we have to do,

Q: What has been the defense?s best effort so far in 2011?
A: I don?t know if we have had a complete best game yet-at least not to what our standard is. Every game, there has been some period where we said: ?That?s what we?re looking for. That?s how you play it.? For whatever reason, lack of experience, lack of depth, lack of guys not playing that defense, there are lulls in there where we have to pull them aside and show them how to do it. I don?t think we have played a complete game yet.

Q: Would you like to be more aggressive, blitz and attack more?
A: We aren?t blitzing as much as we?d like. I don?t think our personnel is ready for it. And you have to be careful bringing pressure in college as opposed to the NFL. In college, you have these running quarterbacks who will take off on you and hurt you running the ball. That?s not really the case in the NFL.

Q: How key have newcomers been?
A: There have been a number of youngsters who have played key roles for us. That?s one of the things that has given us hope and a shot in the arm are the young guys. Guys like Desmond Morgan at linebacker. We knew he would be good. We tried to have him jump in there for the Notre Dame game and he may not have been ready. We never lost confidence in him and he has gotten better each week and is now a starter. (Linebacker) Jake Ryan has had a very solid year. He has that ability to make plays. Now, we need him to play at a more consistent level. (Cornerback) Blake Countess has surfaced. And (End) Frank Clark is starting to show. There are a number of freshmen that have really helped us.

Q: Which veterans have been vital?
A: Mike Martin up front is a leader and playmaker. (Linebacker) Craig Roh and (end) Ryan Van Bergen have been important for us, too. (Safety) Jordan Kovacs has been a real force in the secondary.

Q: Of the line, linebackers, secondary, which unit has played best?
A: You can?t have success unless you have a great defensive line. Our line has probably improved more and at a faster rate than any other position. They have held us together through some tough times. And you can?t have a great defense unless you secondary keeps the ball in front and inside of them. Other than the last game, we have really cut down the big plays.

Q: Back in August, could you have imagined being in first place in the Legends Division as November started?
A: I don?t know if I would have thought of that. All I was trying to do in August, and really back in the spring, was work on fundamentals and technique. Did you have enough time in the day and week to do that? But these kids have bought in and worked hard to bridge the gap. When you are at Michigan, you always look at winning championships. That?s the bar. You always are looking to win the title. All we tried to do was make as much improvement in the time we have had.