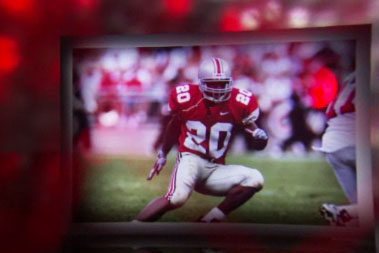 No, there wasn?t a Heisman Trophy winner among Big Ten defensive backs during the 2000s, a la Michigan?s Charles Woodson the decade before. But the position was hardly light on talent. In fact, the 2000s saw a pair of conference stars win the Jim Thorpe award, handed out to the nation?s top defensive back, in Wisconsin?s Jamar Fletcher (2000) and Ohio State?s Malcolm Jenkins (2008). Watch a clip from Tuesday night's show now and see the complete top 10 list in this post.

Jim Leonhard, WISCONSIN
– Led D-I in INT?s in 2002
-Totaled 21 interceptions, which tied Jamar Fletcher for the most in school history
-Made 281 career tackles, 21st in team history

Vontae Davis, ILLINOIS
-Registered 76 tackles, 4 INT and two blocked punts as a sophomore in 2007
-As a junior, tallied 78 tackles, forced three fumbles and picked off two passes on way to being a Jim Thorpe Award semifinalist
-Recorded 13 tackles in the 2008 Rose Bowl against USC