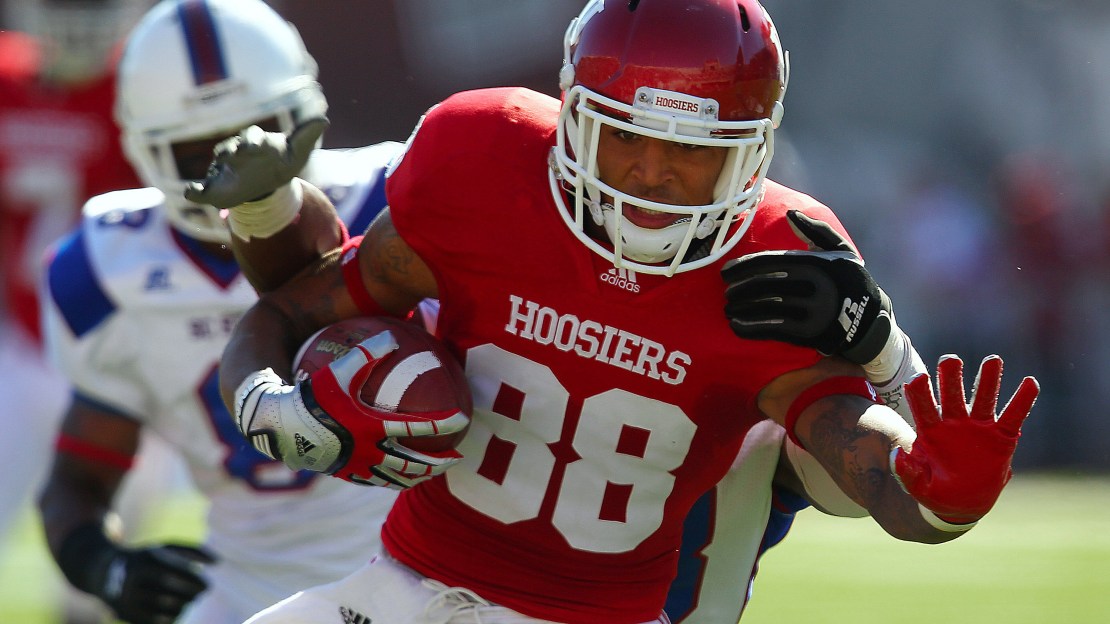 Indiana had already begun to move along without receiver Damarlo Belcher, who was dismissed from the squad Monday for violating team rules. Belcher had started six games this season, but he missed the Iowa and North Texas games due to injury and was suspended for last week's game against Northwestern. He paced Indiana with 25 catches for 286 yards and a touchdown.

He was on the precipice of becoming Indiana?s all-time leading receiver, but he?ll finish his career with 2,225 receiving yards. James Hardy has the school standard with 2,740. Belcher also has 189 career catches, two behind Hardy for the school record. Freshman Cody Latimer is expected to step into Belcher?s void. He started for Belcher in last week's 59-38 loss to Northwestern and has 12 catches for 141 yards and two scores.

Indiana also will look to sophomores Kofi Hughes and Jamonne Chester to step up. Hughes is now the team?s leading pass catcher with 20 receptions for 298 yards and two touchdowns.

I'm speechless. RT ?@pdiprimio: IU receiver Damarlo Belcher has been dismissed from the team for violating team rules. No specifics given.?

Could have been IU's best player. RT @DustinDopirak: We just got a release. Damarlo Belcher has been dismissed from the IU football program.

Michigan doesn't play IU this year but this — dismissing Demarlo Belcher — is a blow for the Hoosiers. http://t.co/sVr9CR5Y