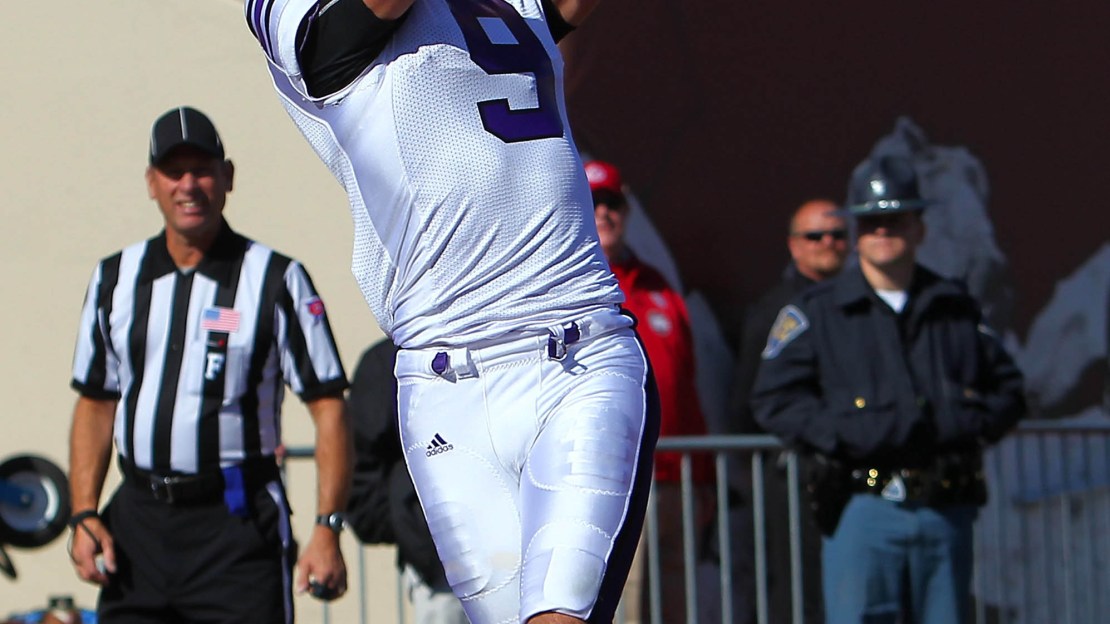 The Big Ten Conference announced its Week 9 Football Players of the Week on Monday morning. Four players received honors, including Northwestern tight end Drake Dunsmore, who set the school record for career receiving yards by a tight end and grabbed a school-record four touchdowns at Indiana, and Braxton Miller, who threw the game-winning touchdown pass in the final minute against Wisconsin. Watch our Northwestern-Indiana highlights now and see all the winners in this post.

Tonight on BTN: Don't miss The Pulse at 6:30 p.m. ET or Big Ten Breakdown at 7. Then, at 7:30, former Michigan star Dhani Jones hosts LiveBig. Find out what BTN.com senior writer Tom Dienhart learned in Week 9 and check out his Week 9 Hot & Not list. The latest BCS Standings are out, and there?s a new Big Ten team pacing the conference for the second straight week.