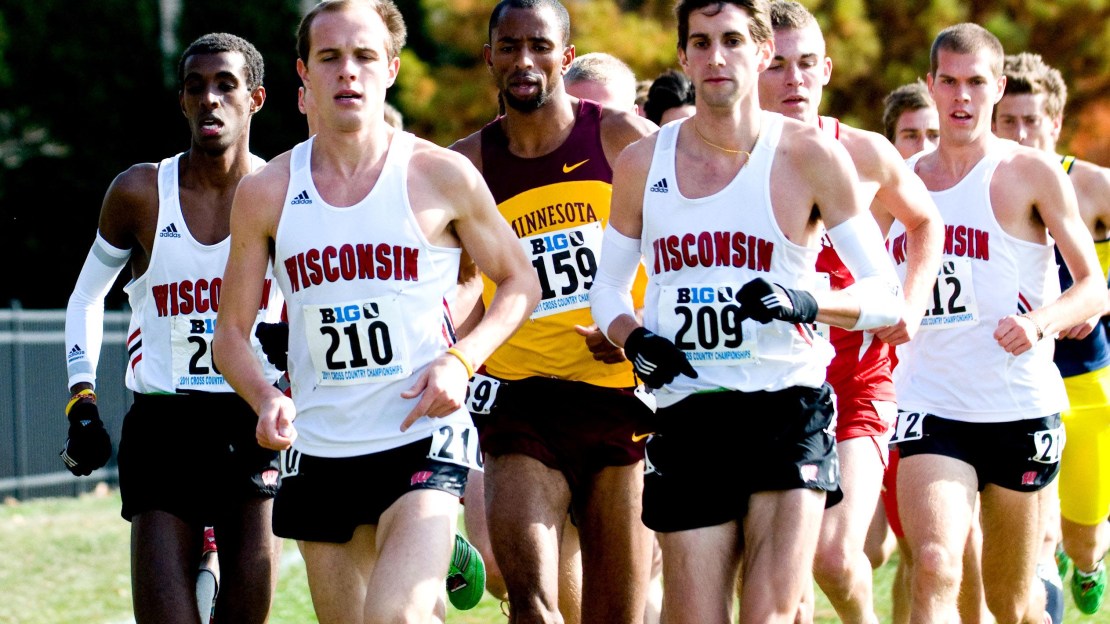 (BigTen.org) CHAMPAIGN, Ill. – Wisconsin won its 13th consecutive and 45th overall Big Ten Men?s Cross Country Championship, placing five runners in the top six en route to the title. The Badgers were led by individual champion Mohammed Ahmed, who set a Big Ten Championships 8K record with a time of 23:18 to give Wisconsin its 28th winner at the conference meet all-time.

Wisconsin posted a team score of 17, tying the second-lowest winning score in championships history. Indiana followed in second place with 60 points, while Michigan and Minnesota tied for third with 104 points.