Dienhart: What I Learned in Week 9 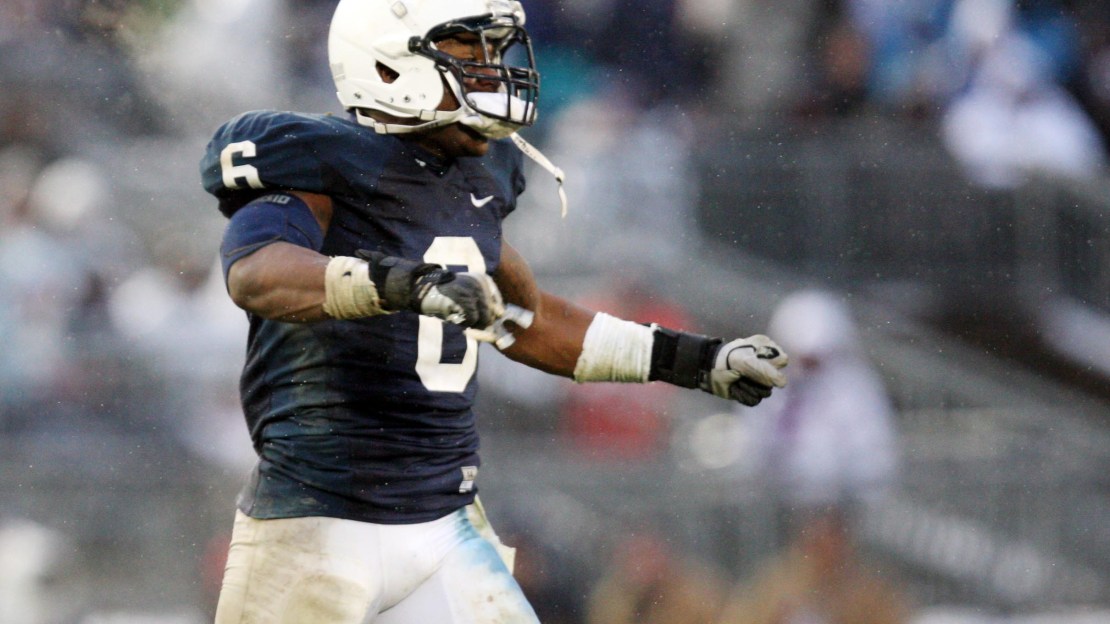 It was a wild Week 9, with drama painted across the Big Ten landscape. There was Ohio State?s last-second win over Wisconsin, Penn State?s rally to win over Illinois and Minnesota?s colossal upset of Iowa. See what I learned in this post.

2. Ohio State may not lose again. The Buckeyes are slowly rounding into form after a 3-3 start and 0-2 beginning in the Big Ten. Following a stunning 33-29 victory over Wisconsin, Ohio State is thinking big. Ohio State is thinking Leaders Division title. Why not? The Buckeyes have won two in a row and are playing great defense. And true freshman quarterback Braxton Miller is starting to settle down and develop. Ohio State figures to be favored the next two weeks, vs. Indiana and at Purdue. Then, the season probably will come down to the last two games: a visit from Penn State and a trip to Michigan.

3. It has taken just two short weeks for the wheels to start popping off Wisconsin. Not long ago, the Badgers were 6-0, ranked in the Top 10 and thinking about a national title bid. Now, Wisconsin has lost two in a row following a deflating 33-29 loss at Ohio State. Now, the world has to wonder: Can the Badgers, who still have key games at Illinois and vs. Penn State, even win the Leaders Division?

4. Don?t sleep on Nebraska. Since the humiliating 48-17 loss at Wisconsin, the Cornhuskers have ripped off three wins in a row over Ohio State, Minnesota and Michigan State. The offense rallied from the largest deficit in school history (21 points) to beat the Buckeyes, but the defense has been key the past two weeks, limiting the Spartans to 187 yards and the Gophers to 254 yards. But big games still loom for the Huskers, including trips to Penn State and Michigan, as well as a visit from Iowa.

5. Penn State is the most surprising team in the Big Ten. Back in August, no one thought the Nittany Lions would be standing at 8-1 overall and 5-0 in the Big Ten, the lone unbeaten team in conference play. But, here is Penn State, winners of seven in a row, sitting atop the Leaders Division and thinking of its first Big Ten crown since 2008. The Nits notched 10 fourth-quarter points to clip Illinois, 10-7, and make Joe Paterno the all-time winningest Division I coach with 409 victories. But things will get very tough for the Nits after being off this coming Saturday. Penn State has games remaining vs. Nebraska at home before finishing the season on the road at Ohio State and at Wisconsin.

BIGGEST SURPRISE: Minnesota. The Golden Gophers were swooning, boasting a 1-6 record and losers of four in a row. But Minnesota shocked the world with a 22-21 win over Iowa, a loss that may have knocked the Hawkeyes out of the running for the Legends Division crown. The win also allowed Minnesota to retain Floyd of Rosedale for a second year in a row.

BIGGEST DISAPPOINTMENT: Wisconsin. Yes, the Hawkeyes loss to Minnesota was a shocker. But the Badgers 33-29 defeat at Ohio State was a crusher for a team that not long ago was thinking BCS title game. A 6-0 start has morphed into a 6-2 reality with consecutive last-second defeats on long passes in dramatic, heart-wrenching style.

TOP GAME: You thought it was impossible to top Michigan State?s Hail Mary win over Wisconsin last week? Ha! Ohio State?s 33-29 triumph over the Badgers may have trumped that drama in East Lansing. There were four-FOUR-touchdowns in the final 5:28 of a seesaw battle that saw the Buckeyes strike the killer chord with 43 seconds left with a Braxton Miller-to-Devin Smith touchdown bomb on a broken play (Watch and rate the play!) to win the game with less than a minute to go.

TOP PLAY: It?s the aforementioned Braxton Miller?s touchdown heave to Devin Smith (Watch and rate the play!). Miller appeared to be scrambling to pick up a first down, stop the clock and move Ohio State into closer range for a potential game-tying field goal to force overtime. But as Miller rolled right, he stopped just before crossing the line of scrimmage and chucked the game-winning touchdown pass to Smith.

TOP RUSHER: There were 10 players who eclipsed the 100-yard mark. But none was as dominant as Iowa?s Marcus Coker, who ran 32 times for a career-high 252 yards with two touchdowns. Alas, it was for naught, as the Hawkeyes lost to Minnesota.

TOP PASSER: It wasn?t a pretty day for quarterbacks. But Northwestern?s Dan Persa was a star in the Wildcats? 59-38 demolition of Indiana. Persa hit 16-of-20 passes (80 percent) for 261 yards with three touchdowns.

TOP SPECIAL PLAY: Minnesota scored a touchdown to cut Iowa?s lead to 21-16 with 9:10 left in the fourth quarter. The Gophers had some mojo and wanted to keep it. Jerry Kill called for an onside kick-and Minnesota recovered. The Gophers proceeded to score what proved to be the game-winning touchdown for their first league victory of the season.

SNEAK PEEK AHEAD: On the surface, it doesn?t look like a great weekend. Michigan?s trip to Iowa is the headliner, but that tilt lost some juice with the Hawkeyes loss at Minnesota. Still, it?s a big test for a Wolverine team still in the thick of the Legends race. The other games: Minnesota at Michigan State; Indiana at Ohio State; Northwestern at Nebraska; Purdue at Wisconsin.