Step Into My Office: Coach Wilson 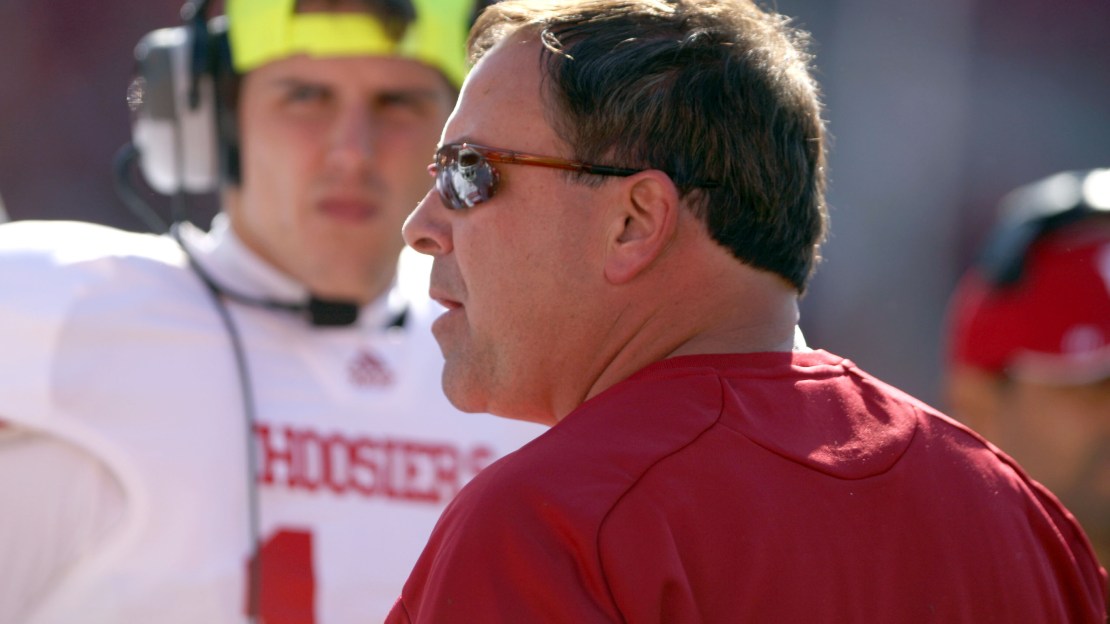 On last week's Step Into My Office, Mike Hall sat down with Purdue coach Danny Hope and the week before that it was Northwestern coach Pat Fitzgerald. And remember that if you get BTN2Go.com, you can watch all of the episodes right here. At 9 p.m. ET Thursday on BTN, Hall takes you behind the scenes with Indiana's Kevin Wilson. Hall, who can be found on Twitter, @BTNMikeHall, filed a couple bonus Web-only video clips from his visit to Bloomington. He also wrote a little about what it was like to hang with Wilson, whose Hoosiers host Northwestern at noon ET Saturday on BTN. Watch a bonus clip now and see more at the bottom of this post, plus read Hall's comments.

"Kevin Wilson is a golf nut! This was one of the things I discovered after the cameras stopped rolling. We had talked about golf in the actual interview, but once we were done and just chatting while the crew packed up its equipment, he went off on his golf knowledge. I mean, he?s the type of guy who can describe to you where the trees are aligned on the 14th hole of some golf course he played years ago! After sitting down with him, I think he?s got a fresh bold approach. I think IU fans will have no problems easily rooting for him."

Ever wonder what kind of music Wilson has on his iPod?