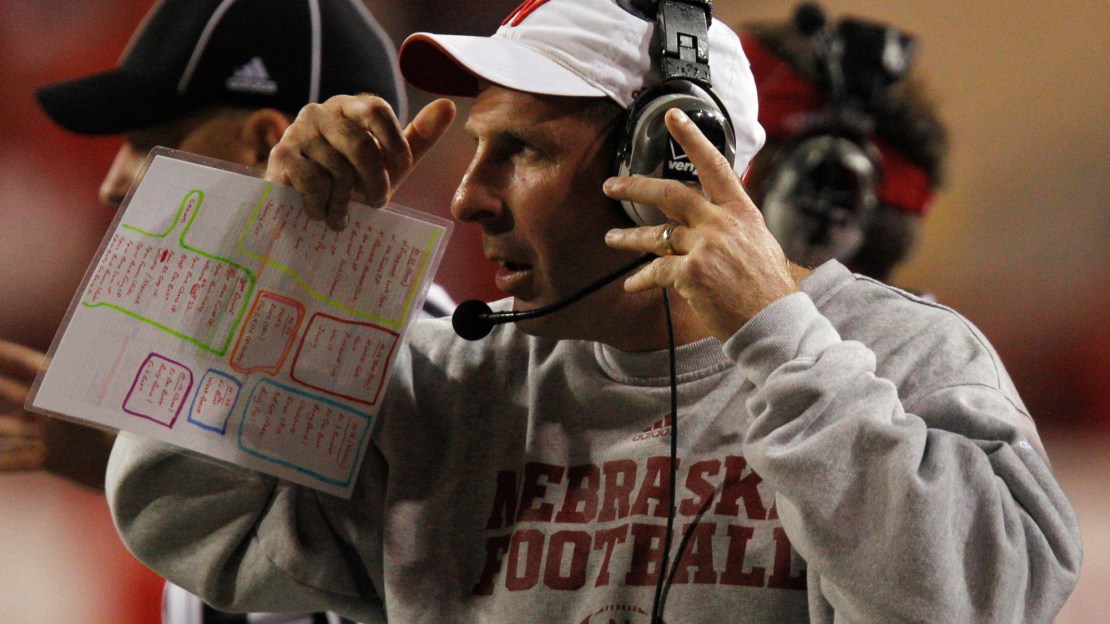 Nebraska has regained momentum after suffering a tough loss at Wisconsin. Since then, the Huskers have toppled Ohio State in the greatest comeback in school annals and whipped Minnesota. Now comes Michigan State, which may be the hottest team in the Big Ten and is considered by many to be the team to beat for the conference championship.

If the Spartans win in Lincoln, it will have negotiated a rugged four-game stretch that included victories at Ohio State and Nebraska, as well as home triumphs over Wisconsin and Michigan. The lone scary game down the stretch after the Nebraska game for Michigan State is a home tilt against Iowa.

"If we don't get this one on Saturday, Michigan State's not going to lose the rest of the games on their schedule. We've got to get this one to win the Legends Division, absolutely,? said Nebraska receiver Kenny Bell.

"It's going to be important to look forward regardless of what happens in this game; this is not the end-all," said Michigan State coach Mark Dantonio. "But the chips get bigger the farther you go."

Keep an eye on: Nebraska?s offense vs. Michigan State?s defense. If the Cornhuskers want any chance to win, their offense must have run-pass balance.  The Spartans paces the Big Ten in total defense, rush defense and pass-efficiency defense.  Expect Michigan State to commit to stopping underrated running back Rex Burkhead and the Husker ground game, putting the game in the hands of Nebraska quarterback Taylor Martinez. He has struggled passing consistently but will need to do so for Nebraska to have a good chance to win.

Number?s game: 261.0 rushing yards per game for Nebraska, which leads the Big Ten.

Key note: The Huskers will face a Michigan State run defense that allows just 88.9 yards per game to rank eighth in the country. The Spartans have limited four of seven opponents to less than 100 yards rushing.

Why you should watch: This is a key Leaders Division clash, as each program is surprisingly looking up at Penn State. The loser of this game will have a difficult time rebounding to win the division. It will be interesting to see how the Badgers respond to their first bit of adversity coming off the first loss of the season. And trying to rebound on the road at Ohio State exasperates the situation. Ohio State enters the game off a bye week and feeling confident coming off a gutty victory at Illinois. More motivation for the Buckeyes: They are looking to avenge a 31-18 loss at Wisconsin last season.

Keep an eye on: The Badger special teams. Wisconsin a field goal blocked, a punt blocked for a touchdown and also allowed a Spartan punt roll inside the 5-yard line, which helped set up a Michigan State safety. In a six-point defeat, attention to the details of special teams can make a big difference. The coaches must tighten this unit.

Numbers game: 71 tackles for Badger linebacker Chris Borland, which leads the Big Ten and is tied for 14th in the country.

Keep an eye on: Ohio State QB Braxton Miller. The true freshman brims with potential, but he?s a work in progress who is suffering growing pains. In his last game-a win at Illinois-Miller completed just 1-of-4 passes. He will have to pass better-and more often-to be a team like Wisconsin.

Key note: The Badgers have been explosive this season. Wisconsin has 18 scoring drives that have lasted less than two minutes and already have 46 plays of longer than 20 yards. Last season, the Badgers had 55 20-plus yard plays in 13 games and 24 scoring drives that lasted less than two minutes. Wisconsin has had at least four plays of 20 yards in every game in 2011.

Why you should watch: This one is all about pride for Indiana-and Northwestern fighting for its bowl life. With seven losses, the Hoosiers can?t go to a bowl but want to continue building under first-year coach Kevin Wilson. Northwestern?s five-game losing streak is the Wildcats' longest since dropping six in a row in 2006, Pat Fitzgerald?s first season. An interesting subplot: Indiana coach Kevin Wilson and Fitzgerald were on the staff at Northwestern in 2001. Wilson was offensive coordinator, and Fitzgerald was the secondary coach for the late Randy Walker.

Key matchup: The Indiana secondary vs. the Northwestern secondary. Each unit has had its struggles this season. Whichever group can prevent-or at least limit-big plays will go a long way toward leading their squad to victory.

Numbers game: 9. The total number of points that Northwestern has beaten Indiana by in the last four seasons.

Keep an eye on: Defense. Each team boasts a moribund unit. Indiana ranks last in the Big Ten in total defense, while Northwestern is 10th. Which one will step up?

Key note: Indiana has started nine true freshmen and played 16, which is tied for the third most in the nation.

Why you should watch: With the Badgers falling to Michigan State last week, the Nits stand alone on top of the Leaders Division. Penn State looks to maintain it mojo in this divisional matchup. The offense looks like it?s coming to life with quarterback Matt McGloin at the helm. It helps to be able to hand off to Silas Redd. Illinois comes in with a hangover, having lost its last two games after jetting to a 6-0 start. The big question: What?s happened to an offense that has scored an aggregate 21 points the last two games? The attack hasn?t scored in the first three quarters of the last two games. It will be difficult to get healthy vs. a rugged Penn State defense.

Numbers game: 57. Points Penn State has scored in its last two games, the most the Nittany Lions have tallied in consecutive games all season.

Keep an eye on: Again, Scheelhaase. It?s no coincidence that his struggles have mirrored the Fighting Illini?s struggles. Last week may have been his nadir, as Scheelhaase threw for 217 yards and zero touchdowns while running for a season-low 16 yards.

Key notes: With a win, Joe Paterno will pass Eddie Robinson with 409 wins to make the Penn State legend the all-time winningest Division I coach.

Why you should watch: The Boilers have momentum, winning two of their last three games in a push to get to a bowl for the first time since 2007. They also won in their last trip to Ann Arbor in 2009. The defense led by DT Kawann Short and CB Ricardo Allen has been key in victories over Minnesota and Illinois for a Purdue squad that?s looking to win back-to-back games for the first time this season. Michigan was off last week after suffering its first loss of the season against Michigan State. How will the Wolverines respond?

Key matchup: Michigan defense vs. Purdue defense.  Each unit entered 2011 with questions. But each unit has surprised with its play thus far. The Wolverines rank sixth in the Big Ten in total defense, while the Boilermakers rank seventh. Which one will make the most big plays?

Keep an eye on: Denard Robinson. The Michigan signal-caller must cut down his interceptions and improve his accuracy if the Wolverines hope to navigate a tough stretch run and avoid yet another late-season collapse.

Key note: The Boilermakers look for a second consecutive win at Michigan, a feat that Purdue hasn?t pulled off in the since 1965-66.

Why you should watch: Floyd of Rosedale is on the line in a battle that features a hot Iowa team that has won two in a row and still has hopes of winning the Legends Division against a slumping Minnesota squad that has lost four in a row and is one loss from being eliminated from bowl consideration.

Key matchup: Iowa vs. itself. The Hawkeyes must stay focused and not beat themselves against a Gopher team that is struggling every phase of the game.

Numbers game: 37, fewest number of points Minnesota has allowed during its four-game slide. The Gophers allowed 58 to Michigan; 45 to Purdue; 41 to Nebraska; 37 to North Dakota State.

Keep an eye on: The Iowa defense. The unit has struggles much of 2011, especially at linebacker, as it ranks ninth in the Big Ten and 78th in the nation. This could be a game to build confidence.

Key note: Iowa is playing consecutive games at Minnesota for the first time since playing in Memorial Stadium in both 1949 and 1950.