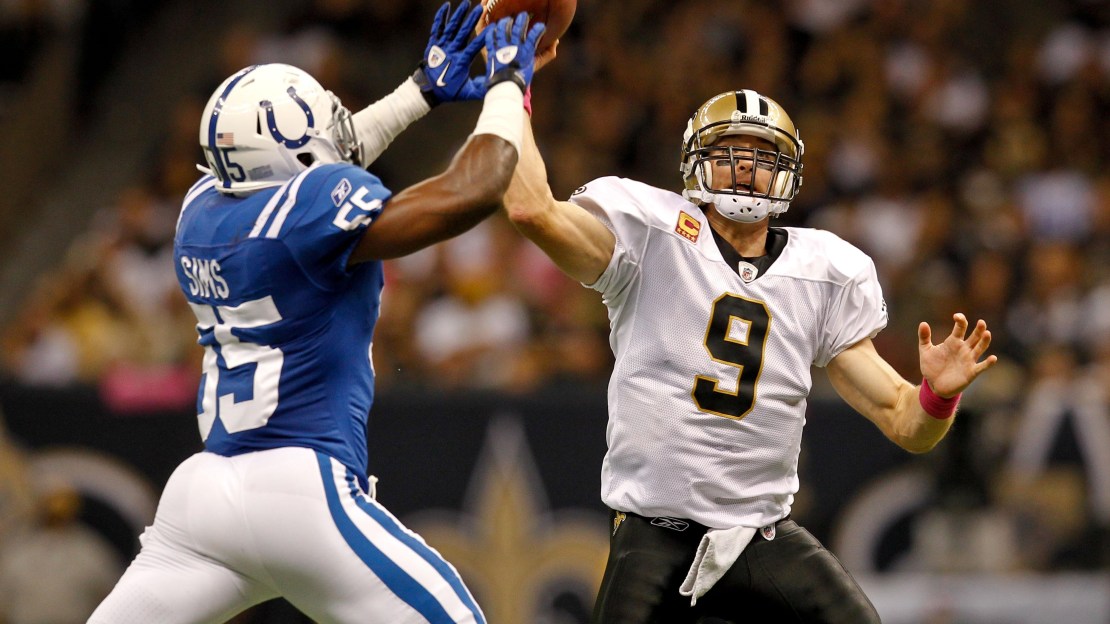 Another week of the NFL season is in the books, and yet again Big Ten products left their mark. All season long, use our Big Ten NFL Stat Tracker to see how ex-Big Ten stars performed each week. Simply click on a player's name, and the link will lead you to his NFL.com game log. Every Tuesday, Brent Yarina singles out the best offensive, defensive and special teams performances, plus links to their NFL.com highlights. See Brent's Week 7 winners inside.

Offense: Drew Brees, New Orleans – Facing off against another former Purdue quarterback in prime time, Brees compiled a career-performance in a record-setting 62-7 victory over Curtis Painter and Indianapolis. Somehow, the Purdue product threw one more touchdown (5) than incompletion and completed 31 passes for 325 yards (Watch his TD passes!). His scoring strikes helped the Saints set a franchise record for most points in a single game and match the highest-point total since the AFL and NFL merger in 1970. As for the 55-point win, it marked largest margin of victory in team history.

Defense: Charles Woodson, Green Bay – The former Wolverine and Heisman Trophy winner picked off two more passes – on consecutive possessions, mind you – helping the Packers stay perfect in a 33-27 victory at rival Minnesota. Woodson's two interceptions (Watch interception No. 1!) (And No. 2!) give him an NFL-best five picks on the season. He also added four tackles, for good measure.

Special Teams: Brandon Fields, Miami – Fields was a busy man in the Dolphins' collapse against Denver and Tim Tebow, punting eight times in the 18-15 overtime defeat. Three of his punts were pinned inside the 20-yard line, and he averaged 49.6 yards per attempt, including a 64-yarder.

Want more coverage of Big Ten products in the NFL? Check out ?The Next Level? at 7 p.m. Tuesday to hear Rick Pizzo, Russ Lande, Brandon Williams and Jon Jansen talk about Big Ten players on the NFL radar. On tonight's show, our crew talks to Michigan State's B.J. Cunningham, discusses which Big Ten quarterback has the best chance to succeed in the NFL and answers why shorter quarterbacks, like Russell Wilson, are looked at negatively despite the success of Purdue product Drew Brees.