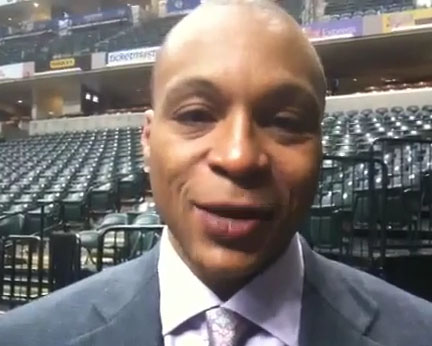 Johnson is scheduled to make an appearance on the vast majority of BTN Super Wednesday doubleheaders during the regular season. The Michigan native will once again team with Shon Morris during BTN telecasts of the Big Ten Men?s Basketball Tournament in Indianapolis.  The network will carry four tournament games for the first time as the tournament bracket expands to include Nebraska. BTN will televise the first two games on Thursday and both Friday night quarterfinals.

The Big Ten Digital Network will also provide free, live streaming coverage of Big Ten Basketball Media Day on Thursday.  The conference?s men?s and women?s basketball coaches will address the media for 10 minutes each beginning at 9am ET.  Fans can find the schedules for the press conferences and watch them live at http://video.btn.com.

During conference play, BTN will air Super Wednesday doubleheaders with additional games on most Tuesdays and Thursdays and frequent doubleheaders on Saturdays and Sundays.

The network will typically televise women?s basketball games on Mondays, Thursdays and Sundays during conference play.

Complete BTN television and streaming schedules for men?s and women?s basketball can be found at www.BTN.com.