Dienhart: What I Learned in Week 8 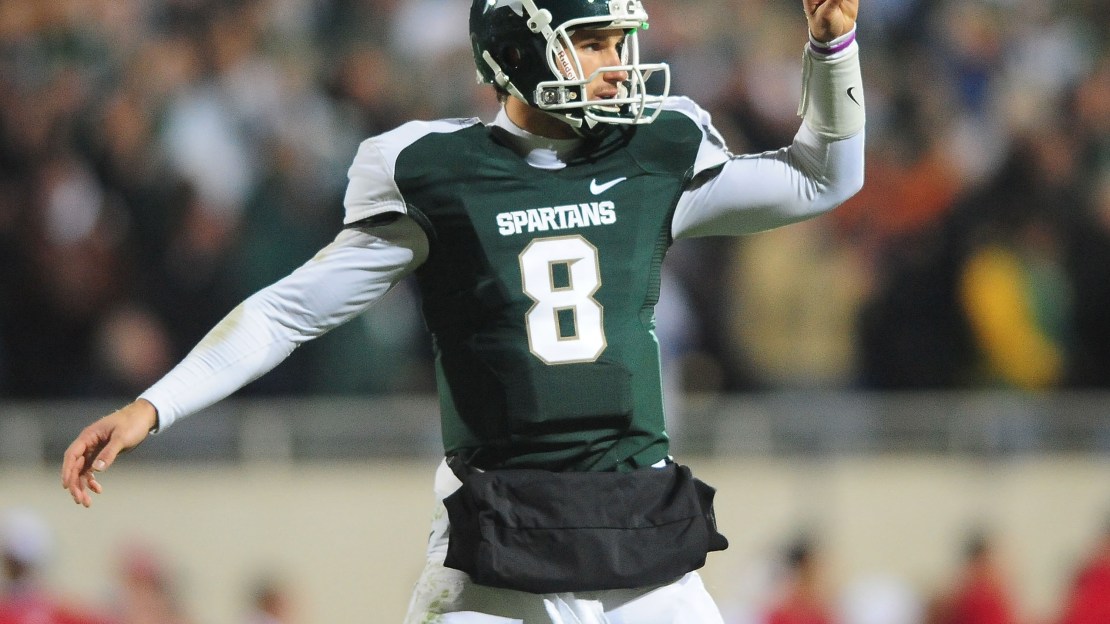 The nation still is buzzing about Michigan State?s electric victory over Wisconsin that shook up the national title picture. But Week 8 also saw some saw quarterbacks emerge at Indiana, Penn State and Purdue. It also featured Iowa and Nebraska take care of business and show they still mean business in the Legends Division.

Here are 5 things I learned:

1. No Big Ten figures to play in the BCS title game.

Wisconsin?s 37-31 loss at Michigan State knocked the Badgers from the ranks of the unbeaten, leaving the Big Ten with no perfect teams. With Alabama or LSU likely to grab one spot in the BCS title game, teams from other conferences-Stanford, Clemson, Oklahoma State, Boise State–are in a better shape to claim the other. What?s it mean: The Big Ten?s string of being shut out of the BCS title game likely will stretch to four seasons.

However, crazy things can take place from now until the end of the regular season, which means the Big Ten still can cling to a remote hope of sending a team to the BCS title game.

The Spartans? announced their arrival as the conference favorite with a victory for the ages over unbeaten and No. 4 Wisconsin. The Kirk Cousins-to-Keith Nichol 44-yard game-winning Hail Mary heave (Watch and rate the play!) as time expired will live in college football lore. More important: The 37-31 triumph has cemented Michigan State as the team to beat in the Big Ten, though the Spartans have some heavy lifting left to do to win the Legends Division beginning with a huge game at Nebraska this weekend. If Michigan State wins the Legends, it could meet the Badgers again in the Big Ten title game. And that would be OK with me.

The big news in Penn State?s 34-24 win at Northwestern was Joe Paterno tying Eddie Robinson for the most wins in Division I history (408). But a more subtle development was Matt McGloin was the man at quarterback all night. Entering the game, the Nittany Lions had played both McGloin and Rob Bolden liberally, causing some to think that?s why the Penn State offense had floundered at times. But McGloin went the distance at Northwestern, completing 17-of-26 passes for 192 yards with two touchdowns and no interceptions. Still, afterwards, Paterno was asked if the job was McGloin?s. JoePa?s response: ?No, no. Every day is between Bolden and McGloin.?

4. Indiana may have found a quarterback.

While the Hoosiers already are guaranteed to not go to a bowl for the fourth consecutive season, the future looks bright with Tre Roberson under center. He became the first true freshman ever to start at quarterback this Saturday at Iowa. Indiana lost, 45-24, but Roberson turned heads by hitting 16-of-24 passes for 197 yards with a touchdown pass. He also ran for a team-high 84 yards on 16 carries, giving the Hoosiers a much-needed playmaker.

The Boilermakers looked rudderless following a dispiriting 38-10 home loss to Notre Dame on October 1st. But Purdue has responded with wins in two of its last three games, including a surprising 21-14 victory over Illinois on Saturday. It was the Boilers? first triumph over a ranked foe since 2009. But more importantly, it moves Danny Hope two wins closer to earning the school?s first postseason berth since 2007.

Biggest surprise: A pall was cast on Purdue?s season with ugly losses at Rice and to Notre Dame. But the Boilermakers have won two of their last three to keep alive bowl hopes following a 21-14 win over Illinois.

Biggest disappointment: That?s two losses in a row for Illinois, a disturbing trend for a team that jetted to a 6-0 start and had many thinking big. With games left at Penn State; vs. Michigan; and vs. Wisconsin, the Fighting Illini?s descent could continue.

Top play: Do you have to ask? With only four seconds hanging on the clock, MSU coach Mark Dantonio called ?Rocket.? Kirk Cousins rolled right and chucked the ball toward the end zone. The heave ricocheted off the facemask of Spartan wideout B.J. Cunningham and into the hands of Keith Nichol, who made the grab just outside the end zone and fought his way into pay dirt-and history.

Top rusher: Penn State?s Silas Redd continues to show he may be the top running back in the Big Ten, running 18 times for 164 yards and a touchdown in a win at Northwestern.

Top passer: Northwestern?s Dan Persa did his part vs. Penn State, hitting 26-of-34 passes 294 yards and a touchdown.

Top ?special? play: Holding a 16-14 lead over Wisconsin late in the first half, the Spartans blocked a Badger punt. MSU?s Bennie Fowler subsequently recovered in the end zone to give the Spartans a 23-14 lead and lots of momentum.

All eyes will be on Lincoln, Neb., where Michigan State travels to play Nebraska in a big matchup that will go a long way toward determining the Legends Division race. The Leaders Division also has an important tilt, with Wisconsin playing at Ohio State. How will the Badgers respond coming off their first loss vs. a Buckeye squad coming off an off week? Penn State will look to stay hot with slumping Illinois visiting, while Purdue can remain in control of its destiny with a win at Michigan that was off last week. Iowa plays at Minnesota for Floyd of Rosedale. Northwestern and Indiana will meet in Bloomington with each desperate for a win.