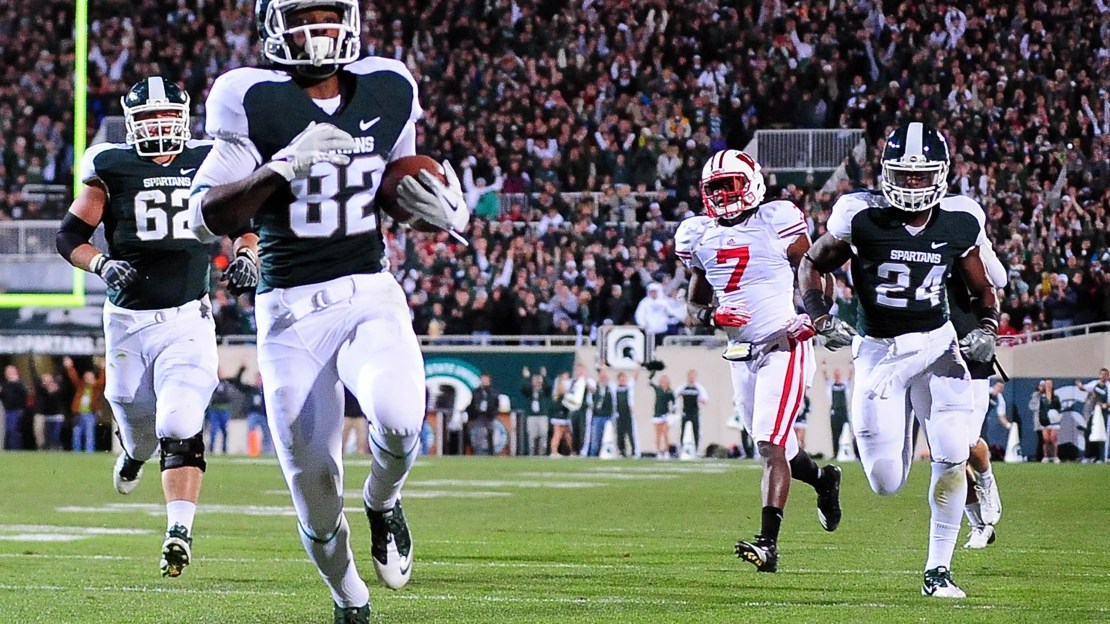 Michigan State, which sent Wisconsin to its first loss Saturday night, leads the Big Ten in the latest installment of the BCS Standings, released Sunday night. The Spartans come in at No. 11, followed by No. 14 Nebraska, No. 15 Wisconsin, No. 18 Michigan and No. 19 Penn State. SEC powers LSU and Alabama are ranked No. 1 and No. 2, respectively.

The latest Coaches' Poll is out, and Michigan State has entered the top 10, at No. 10, following its thrilling last-second victory over previously unbeaten Wisconsin. Four other Big Ten teams land in the poll, with No. 11 Wisconsin, No. 13 Nebraska, No. 17 Michigan and No. 19 Penn State representing the Big Ten contingent. Illinois fell out of the poll as a result of its second straight loss, a 21-14 defeat at Purdue. Come back tonight for the latest BCS Standings.

Catch up on all of Saturday?s action on our Big Ten scoreboard, with Brent Yarina?s Week 8 Recap and with our Week 8 video highlights. See the latest Big Ten standings here. Did you see our blogger?s latest power rankings? Also, rank our Week 8 top plays.