Beyond: Who Has The Advantage? 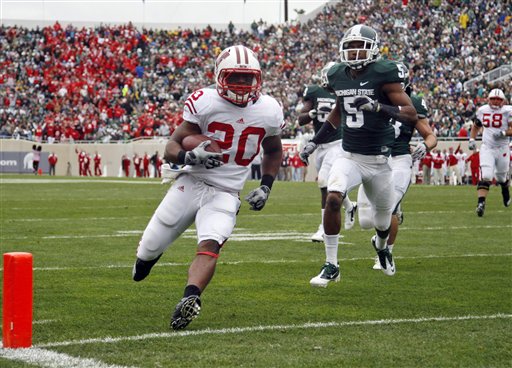 It's a dream battle. Wisconsin's prolific offense, ranked No. 1 in points per game and touchdowns, versus Michigan State's defense, ranked No. 1 in total yards and passing yards. Something's got to give when the sixth-ranked Badgers travel to the 16th-ranked Spartans on Saturday night. Which dominant unit has the edge? How can Michigan State stop Wisconsin's white-hot offensive attack? And how will Wisconsin account for Michigan State's physical and aggressive defense? Watch as our Big Ten Football & Beyond analysts, Gerry DiNardo and Chris Martin, break down the week's, and possibly the season's, most intriguing Big Ten matchup now.

Get ready for Saturday's games with Dave Revsine's Numbers and Brent Yarina's Week 8 Preview. This week, we have Indiana-Iowa (noon ET) and Penn State-Northwestern (7) on BTN. Use our GameFinder to make sure you don't miss a single snap. Track all of the Week 8 action on our Big Ten scoreboard. There's a great battle brewing for the Big Ten's touchdown receptions leader. See all the latest Big Ten stats. Where does your team land in the Big Ten standings? It's important this season, because there?s a new Big Ten Conference Football Divisional Tiebreakers to consider as a result of the creation of divisions.