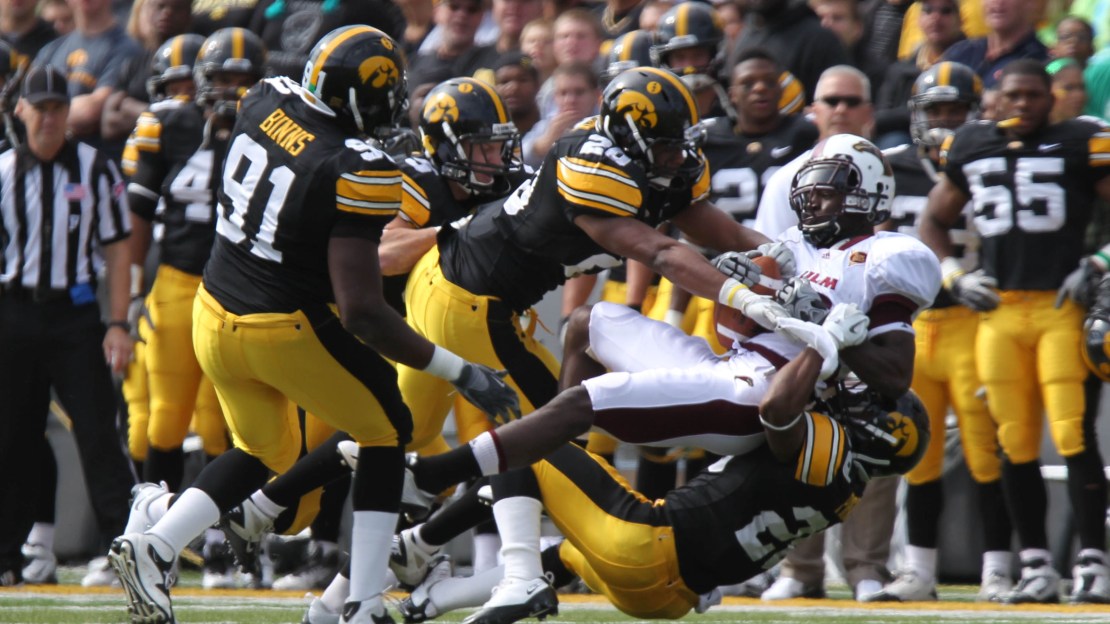 On Tuesday night's "The Next Level," Rick Pizzo, Brandon Williams and Jon Jansen interviewed Iowa star defensive back Shaun Prater. Prater, who has one interception and two forced fumbles on the year, is getting the star treatment this season, meaning quarterbacks aren't throwing his way often. How does he handle it? "Yeah, this year, most of the season, they haven't been going my way as much," Prater told our crew. "But I just try to make the best of those plays I get." That he has. Watch our interview with Prater now and also check out The Next Level's feature on how the Big Ten prepared several current pros for the NFL in this post.

Here are some of the latest Big Ten headlines: Ron Zook weighs in on postgame handshakes. Despite success with the no-huddle offense, Iowa is grind-it-out at heart. Brady Hoke hasn't gotten over the Michigan State loss. Meanwhile, Mark Dantonio defends his team's aggressiveness. Injuries could force Minnesota to turn to a linebacker at running back. Despite his big splash at Ohio State, Nebraska's receiver-turned-cornerback Stanley Jean-Baptiste looks for improvement. Northwestern's pass defense is struggling, to put it politely. Ohio State is on a bye week, but it's not treating it as an "off week." Here's a Q&A with Penn State's Nate Stupar. Russell Wilson doesn't mind Michigan State's talking. Have you ranked our 10 best plays from Week 7? Here's the first installment of the BCS Standings. Big Ten running backs are gaining on Michigan's Denard Robinson for the conference's leading rusher. Check out all of the latest Big Ten stats. Also, see how Big Ten products performed in Week 6 of the NFL.

How does playing in the Big Ten help prepare players for the NFL? Hear from recent Big Ten stars who are now playing on Sundays below: