BCS: The Case For White-Hot Wisconsin 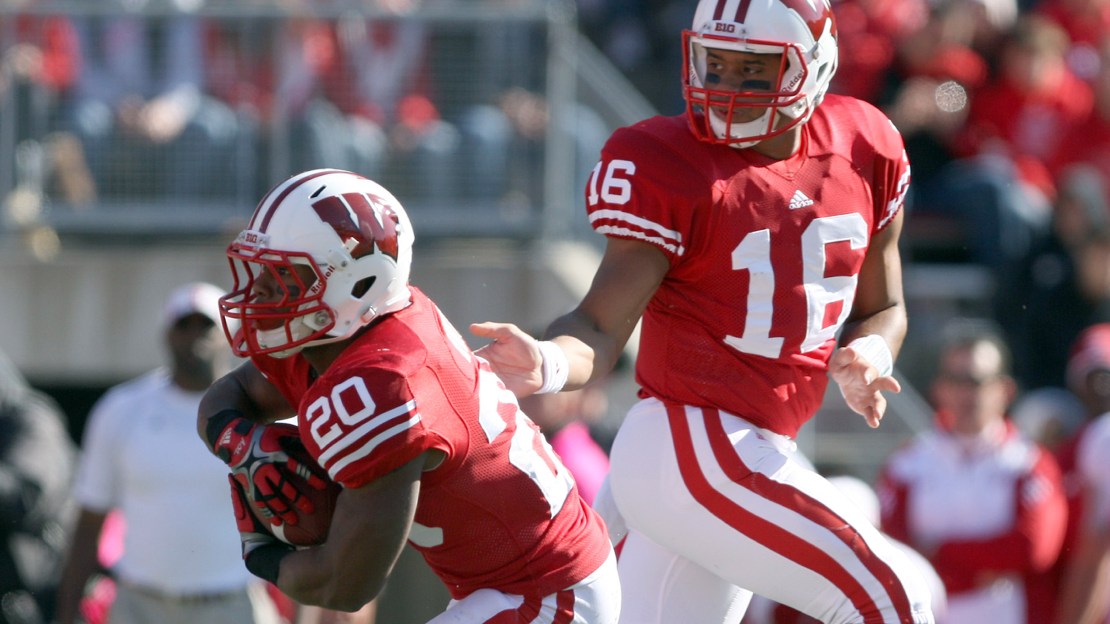 As you're probably aware, the initial BCS Standings were released Sunday night, and Big Ten favorite Wisconsin came in at a surprising No. 6. Considering the Badgers were ranked No. 4 in the Coaches' Poll, many Badger fans were expecting a No. 4 or No. 5 ranking. The computers, however, had other ideas. Three of the six computers ranked the Badgers outside the top 10, including one at No. 17, which allowed perfect Oklahoma State and Boise State to land ahead of Wisconsin. Is that right? Does it matter? Brent Yarina breaks it down in this post.

As for whether it's right or wrong, it's reality. Computers are involved in this confusing system, and they'll continue to play a part in picking who plays in the BCS title game until a new system is created. So yeah, it's right that the Badgers' weak schedule affects them in the standings, especially when there are five other undefeated teams ahead of them who have played tougher slates – Boise State is debatable.

Now, does it matter? Of course. While this was only the first installment of the BCS Standings, teams always want to be ranked as high as possible. It makes getting into one of the top two spots a lot easier, and that's what it's all about. Things will work themselves out over the course of the season (No. 1 LSU has to play No. 2 Alabama, No. 3 Oklahoma has to play No. 4 Oklahoma State and Boise State's non-BCS schedule will hurt it), but the fact Wisconsin landed at No. 6 and it doesn't have a great remaining schedule to fall back on makes it an uphill battle.

Here's the case for Wisconsin:

Wisconsin is winning by such big margins that Russell Wilson has thrown only 4 passes in the fourth quarter this season. #badgers

Montee Ball has only eight carries in the fourth quarter this season (for 50 yards) – two of those were for touchdowns. #badgers

No one's arguing Wisconsin's schedule is even average, but just imagine what it could be doing to its poor opponents if it utilized Wilson, Ball and others for four quarters. It's scary. The Badgers have made their opponents look like they don't even belong on the same field – and one could argue they don't belong on the same field – every Saturday. Would LSU, Alabama, Oklahoma, Oklahoma State and Boise State be as dominant against the same schedule? Who knows. We'll never know. One thing's for sure, though: It would be pretty hard to do better than Wisconsin has against its foes. Just watch the games. The Badgers never even struggle – they look like some video game nerd is controlling them and going up against Chattanooga on the easiest of levels.

That, inevitably, brings us back to Wisconsin's very soft schedule. Yes, the Badgers hurt themselves with the nonconference schedule they picked, but you can't blame them for catching Oregon State, of the Pac-12, in one of its worst seasons. Or for its conference schedule, which has already had them play Indiana (1-6) and will pit them against Purdue (3-3) and  rival Minnesota (1-5) in Novemeber.

Saturday's game at No. 16 Michigan State can only help Wisconsin in the BCS – assuming, of course, it goes into East Lansing and beats the talented Spartans, something it couldn't do last season. Blow out Michigan State, and the rest of Wisconsin's schedule still might not be strong enough to get it into the top 2 – aka the BCS title game – even if it finishes the season as one of two or three undefeated teams.