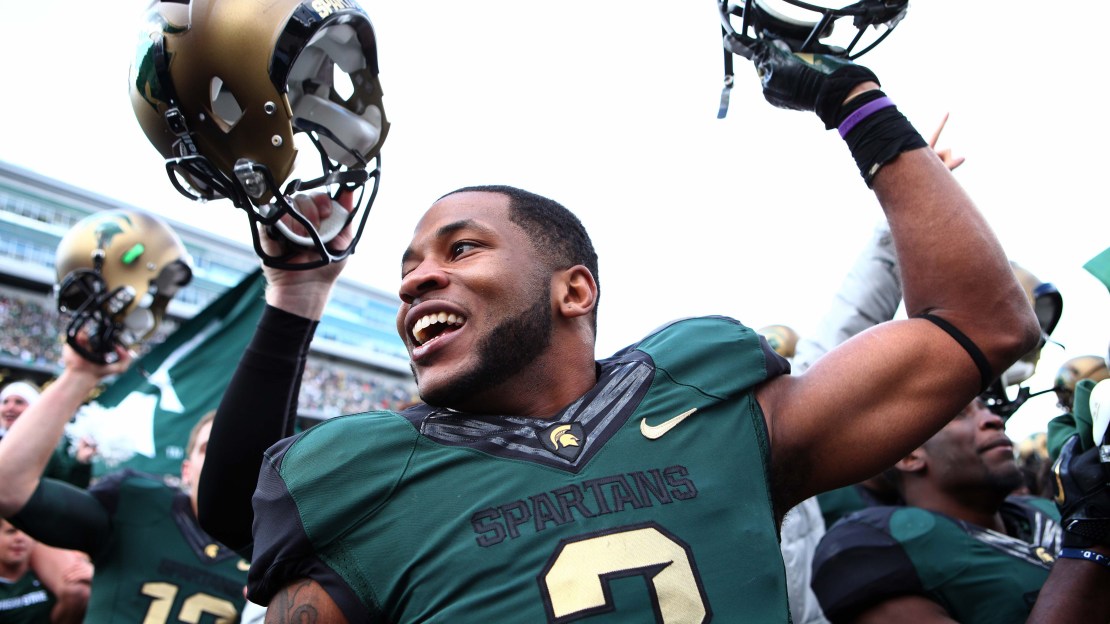 The votes are in, and Big Ten fans selected Michigan State's victory over Michigan as the Week 7 "Big Ten Football Game of the Week." Catch the game again at 8 p.m. ET Sunday on BTN. If you missed it live Saturday, you don't want to miss it again tonight. In the 28-14 decision at Spartan Stadium, Michigan State tallied its fourth consecutive win in the heated series, the first time it's done that since 1959-62, and sent Michigan to its first loss of the season for the third straight year. The game went down to the wire, as Michigan State twice denied Michigan a chance of tying the score in the fourth quarter, the first time on a 4th-and-1 deep in Spartans' territory and the second time on an interception taken back for a score.

Catch up on all of Saturday's action with Brent Yarina?s Week 7 Recap, relive the best highlights in our vast video archive and dive into our Big Ten stats. Here's something fun for Big Ten fans: Rank 10 of the best plays from Saturday's games here. Did you hear ESPN College GameDay is headed to a Big Ten stadium in Week 8? Speaking of Week 8, see our blogger's latest power rankings. Don?t forget to check out this week?s U.S. Marines Corps: Leaders of the Week, honoring the best performances from Saturday's action. Later today, come back to see the season's first official BCS Standings.