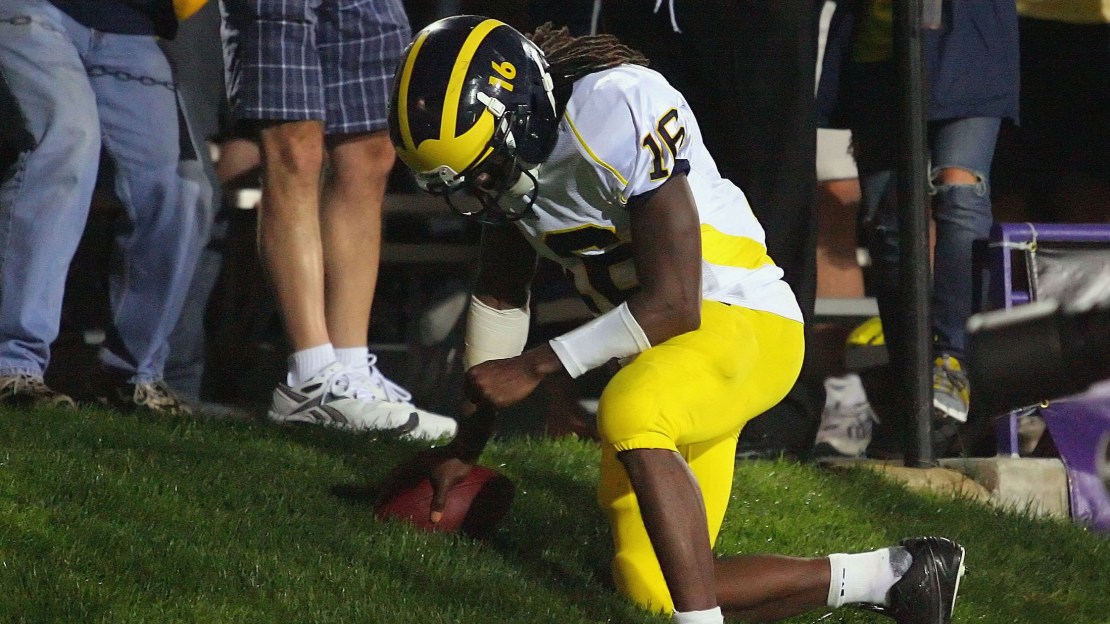 It was only a matter of time before the new-look Big Ten featured its first weekend of all divisional matchups, and Week 7 is it. The five-game slate should be a lot of fun, too, especially with perfect Michigan and Illinois facing tough tests against Michigan State and Ohio State, respectively. This week, BTN has Penn State hosting Purdue (noon ET) and Iowa entertaining Northwestern (7 ET). Use our GameFinder to find your BTN game and track all of the action on our Big Ten scoreboard. Watch now as Gerry DiNardo breaks down how Michigan State should attack Michigan's offense this weekend and check out Brent Yarina's Week 7 Preview in this post.

Before Saturday's divisional matchups, make sure to check out the Big Ten standings. There's also new Big Ten Conference Football Divisional Tiebreakers to consider this season with the creation of divisions. Also, don't forget to read Dave Revsine's Numbers, which is chock-full of some of the conference's best stats. Have you entered the Buffalo Wild Wings Big Ten Football Championship Promotion for a chance to win a trip to the Big Ten Football Championship Game, a trip to the 2012 Big Ten Football Kickoff Luncheon in Chicago, or $100 gift card? Do so now.

Michigan (6-0, 2-0) vs. Michigan State (4-1, 1-0)
Time: noon ET
TV: ESPN/ESPN3
Series: Michigan, 67-31-5
Last meeting: Michigan State, 34-17 – 2010
About Michigan: No Michigan coach has ever won the Paul Bunyan Trophy, awarded to the Michigan-Michigan State victor, in his first season as head coach. Brady Hoke will try to become the first.
About Michigan State: The Spartans have won each of the last three meetings and could make it four straight for the first time since 1962.
Prediction: Michigan 30, Michigan State 24

Game of the Week: Michigan at Michigan State – It's a heated instate rivalry, it's a game between two of the Big Ten's most surprising defenses, and it's one that will feature Denard Robinson, the Big Ten's most explosive offense player, against the conference's stoutest defense. There's also a couple streaks on the line, what with Michigan State winning each of the last three meetings and no Michigan coach ever winning the Paul Bunyan Trophy in his first season.

Player of the Week: Montee Ball, Wisconsin – Considering the way the Badgers have been scoring since this time last year and that they pasted 83 on Indiana a season ago, they figure to have another huge day against a struggling Hoosier defense. And when it comes to Wisconsin, nobody scores more often than Montee Ball, he of at least two scores in each of his last nine regular-season games. Last year against Indiana, Ball ran for 167 yards and three scores – a very likely stat line for Saturday.

Team of the Week: Michigan – If Michigan can move to 7-0, something it hasn't done since 2006, and beat Michigan State, something it hasn't done since 2007, it will be the favorite to win every national team of the week honor. The Spartans mark the Wolverines' biggest test of the season, particularly on defense, where they rank in the top three of nearly every important statistical category. If Denard Robinson and Michigan can move the ball and put up points against Michigan State, it will get even more national respect.

Random thought of the Week: How many points will Wisconsin score against Indiana? The Badgers, who have averaged 48.4 points per game this season, put up 83 against the Hoosiers last season. This time, the game's at home – it's homecoming, in fact – and Wisconsin has Russell Wilson under center. And let's face it, in the BCS world we live in, Bret Bielema has shown he will do whatever it takes to impress the voters, including piling on the points. Expect a lot of points on the home team's side of the scoreboard.

* Game was vacated due to NCAA violations at Ohio State