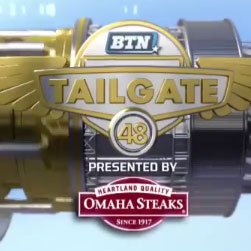 If you missed the first episode of Tailgate 48 last week, you can get a taste of it in the video posted here. Our hosts Julie Alexandria and Jason Fisher went to Madison for the Nebraska game and Badgers great Ron Dayne talked to them  about his playing days and then showed them how to strike the Heisman pose. Last Saturday our crew attended the Ohio State game at Nebraska. What did they discover?

Tune in Thursday night at 7 p.m. ET (and again at 10 p.m. ) and watch the following moments on this week's show.