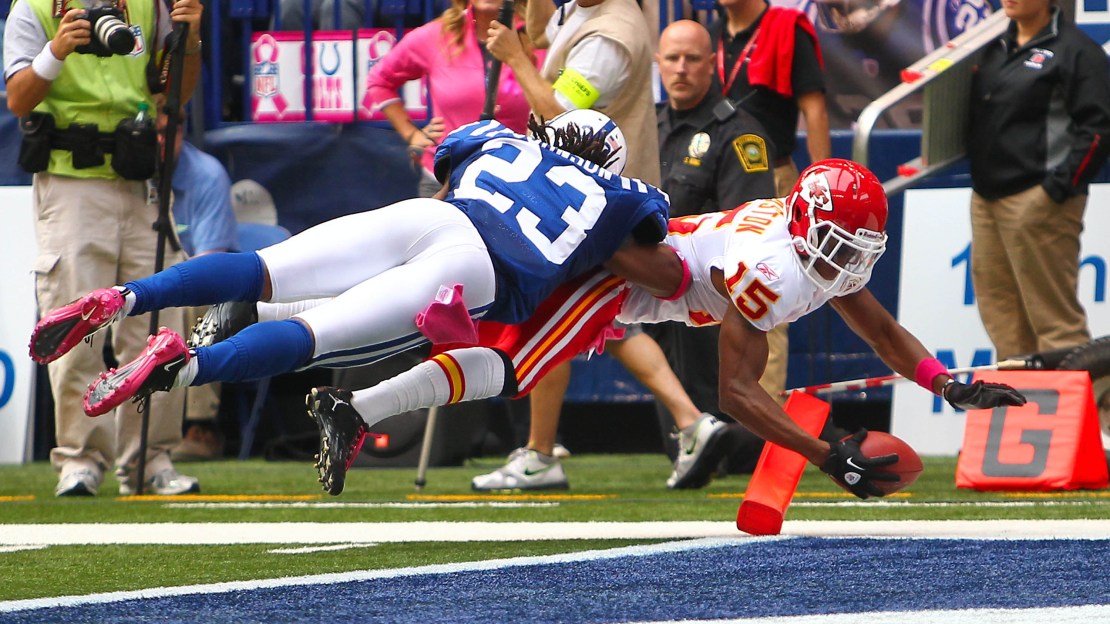 Week 5 of the NFL season is in the books, and Big Ten products compiled a number of solid performances. All season long, use our Big Ten NFL Stat Tracker to see how ex-Big Ten stars performed each week. Simply click on a player's name, and the link will lead you to his NFL.com game log. Every Tuesday morning, Brent Yarina will single out the Big Ten's best offensive, defensive and special teams performances, plus link to their NFL.com highlights. See his Week 5 winners in this post.

Offense: Steve Breaston, Kansas City – The Michigan product only racked up four catches and 50 receiving yards, but he sure was clutch. Breaston caught a pair of touchdown passes, including the game-winning score with 5:15 left (Watch it!), to help the Chiefs rally from a 17-point deficit and record a 28-24 victory at winless Indianapolis. Former Purdue quarterback Drew Brees had another huge day in New Orleans' win at Carolina, completing 32 of 45 passes for 359 yards and two touchdowns, including the game-winner to former Illini Pierre Thomas (Watch it!).

Defense: DeAndre Levy, Detroit – Levy's Monday Night Football debut was a memorable one. The third-year pro out of Wisconsin totaled a game-high 13 tackles on his way to helping Detroit shut down Chicago, 24-13, and improve to 5-0 for the first time since 1956. Michigan product LaMarr Woodley tallied three tackles, 1.5 sacks and an interception (Watch it!) in Pittsburgh's 38-17 victory over Tennessee.