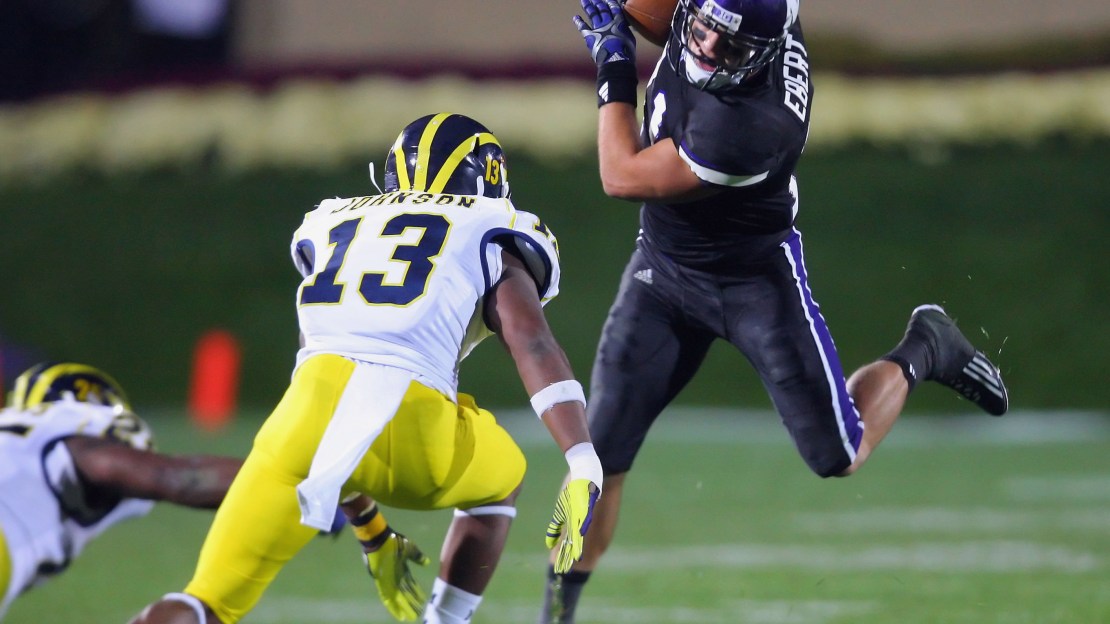 The Big Ten has finalized its Week 8 kickoff times and TV plans for Oct. 22 action. Find out when and where you can find your team's game in this post.

8 ET
Wisconsin at Michigan State, ABC or ESPN or ESPN2

Oh, and here are some of the latest Big Ten stories on the Web: Ron Zook didn?t know the score when he went for the early two-point conversion against Indiana. Three plays led to Indiana?s downfall Saturday. Iowa can go nowhere but up following Saturday?s loss at Penn State. Saturday?s comeback win shows Michigan has something special brewing.Michigan receivers are making the most of opportunities. Michigan State?s Mark Hollis is ready for the challenge and Kirk Cousins is not worried about outside criticism of his play. While rusty, MarQueis Gray is glad to be back on the field. A funny thing happened at Nebraska after halftime. Northwestern?s Venric Mark is seeing action all over the field. Ohio State?s season rests on a true freshman?s health. Three up, three down for Penn State against Iowa. Purdue finally turned turnovers into points. Despite a bye week, Wisconsin moved up in the Coaches? Poll. Who received a helmet sticker from ESPN.com? One Big Ten quarterback lands on SportingNews.com?s top 5 Heisman list.