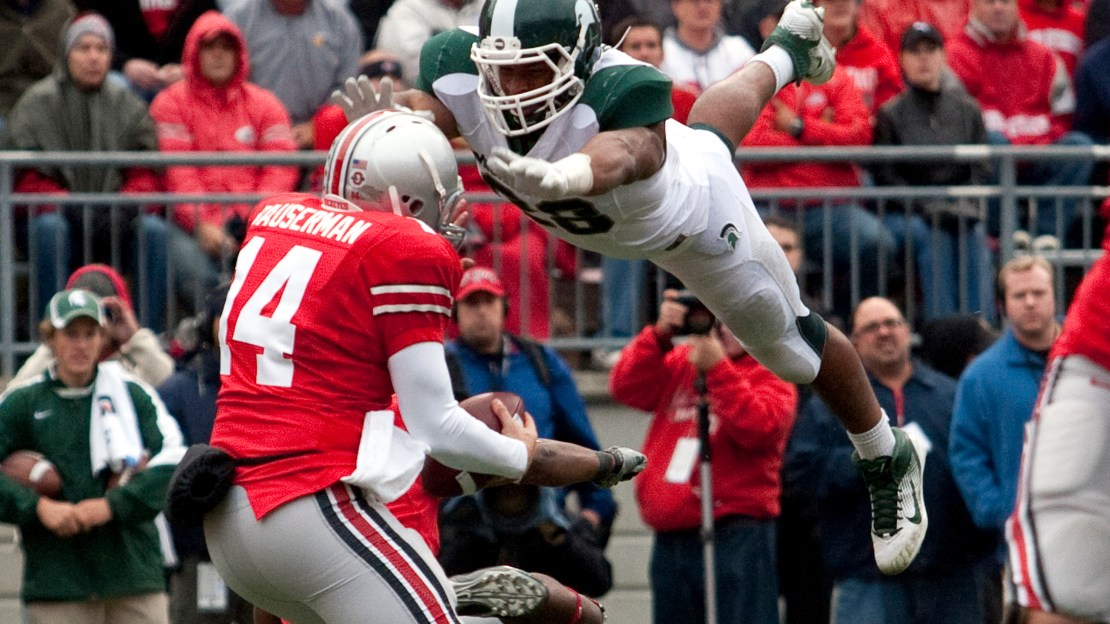 So, apparently, Michigan State watched The Waterboy last Friday night as part of Mark Dantonio's weekly tradition of team movie night, and the next day Spartan Denicos Allen just so happened to go out and pull off his best Bobby Boucher impersonation. Like Sandler's character in the movie, Allen leaped a blocker on his way to sacking the quarterback. Check out the two plays in this post.

And now Bobby Boucher's play from The Waterboy (at 34-second mark):

The plays are pretty similar – aside from the fact Boucher's leap and sack came in practice and as the waterboy, of course.

Dantonio said it was a great movie for his team. You can't argue with the results, seeing as how Boucher's absolute dominance on the defensive end pumped up the Spartans for their dominant nine-sack performance. Here's an MLive.com quote from Dantonio about the whole situation:

"They had fun with it. Even at halftime I just said, hey, visualize and attack, just like in the movie. And there goes Denicos flying over the running back and hitting the quarterback. That one will probably go down as a little momento for all of our guys. It was a good feeling."

Read this MLive.com article for the complete story on Michigan State's movie night .