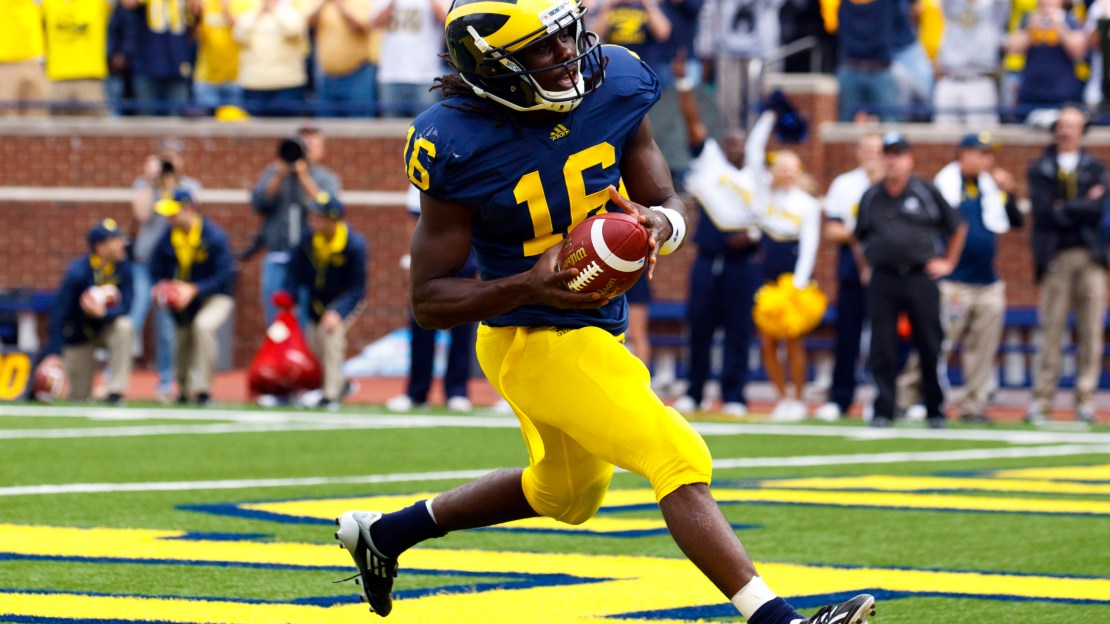 It's Week 6. Believe it or not, we'll be midway through the 2011 Big Ten football season at the conclusion of Saturday's slate of five Big Ten games. This week, BTN has Indiana hosting undefeated Illinois at a special time, 2:30 p.m. ET, and Northwestern entertaining perfect Michigan at 7. Don't forget, Dave, Gerry and Howard will be on-site at Ryan Field at 6 p.m. ET for an hour-long Countdown To Kickoff show. Use our GameFinder to find your BTN game and track all of the action on our Big Ten scoreboard. Watch our latest Big Ten Blast here and check out Brent Yarina's Week 6 Preview in this post.

Game of the Week: Michigan at Northwestern – The perfect Wolverines hit the road for the first time this season, and they'll be facing a ticked off Northwestern team that will be looking to avenge last week's collapse against in-state rival Illinois. Aside from the allure of seeing whether Michigan can improve to 6-0 for the first time since 2006, this game will be of much interest because it features Denard Robinson against Dan Persa, two of the most exciting quarterbacks out there. This one could be a high-scoring affair that comes down to the wire.

Player of the Week: Denard Robinson, Michigan – I must admit, I had Illinois' Nathan Scheelhaase here before looking at Dave Revsine's latest installment of Numbers. If one reads the stats in that link, it's pretty hard not to expect a huge day from the Michigan quarterback. So, even though I hate going with the same player in consecutive weeks, the numbers make Robinson the smartest pick. Here are those numbers: Michigan is averaging 15.9 yards per completion, fourth best mark in the nation, and Northwestern is allowing 15.9 yards per completion, second worst nationally. And then there's Robinson's legs, which lead the Big Ten in rushing (603 yards) and yards per carry (7.8) among players with at least 30 totes.

Team of the Week: Iowa – The Hawkeyes are still a mystery team. Are they a contender, especially considering their favorable schedule? Are they a work in progress? What exactly are they? Well, we won't get the official answer Saturday, but the result at Beaver Stadium will provide its share of insight. Win, and Iowa would have its ninth victory over Penn State in the last 10 meetings, plus it would erase much of the horrors of that triple-overtime loss at Iowa State. More importantly, beating Penn State and its stout defense (5th among FBS teams in yards per game, 7th in points per game and 16th in passing yards) would mean Iowa really has something with its new pass-happy offense.

Random thought of the Week: The Gophers need a fast recovery, victory. One week after its embarrassing 58-0 loss at Michigan, Minnesota travels to struggling Purdue. This is a game the Gophers can win and, really, might need to win if they want to record a Big Ten win this season. After this week, Minnesota's remaining schedule is rather daunting, with home games against Nebraska, Iowa, Wisconsin and Illinois and road trips to Michigan State and Northwestern. All together, those opponents are 23-5 – good enough for an 82 percent winning percentage.