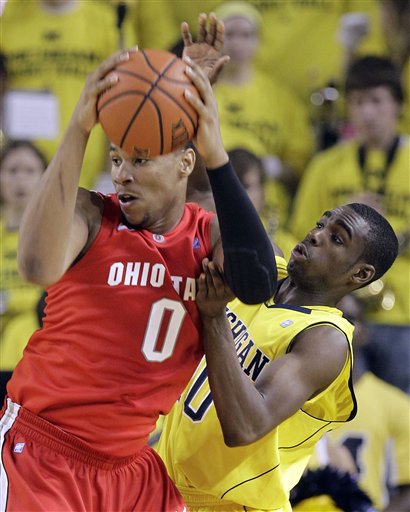 Let's take a closer look at the Big Ten candidates:

Best candidate: Sullinger – He's the biggest name, he plays for the best team and, according to reports, he's shed a lot of weight. Add all those things up, and you have a monster of player who figures to feature a more diverse skill set. The days of Sullinger only dominating inside may be a thing of the past. Expect to see a more well-rounded Sullinger in Year 2.

Darkhorse of the group: Shurna – It would be nearly unheard of for a Northwestern player to win this coveted honor, but Shurna is poised to have an award-worthy final season. Coming off an injury-plagued junior season, one in which Shurna started out on absolute fire, if you remember, the Wildcat star is healthy and has his share of talent around him – even following Juice Thompson's graduation. If Shurna can lead Northwestern to that elusive first NCAA tourney berth, a Big Ten Player of the Year honor, and perhaps more, could be on the horizon. Again, it's a darkhorse selection.

Biggest snubs: Nine players on the annual list is a pretty solid representation. Names that I think could possibly make their way into the discussion at some point this season, though, include: Iowa's Melsahn Basabe, Michigan's Jordan Morgan, Indiana's Christian Watford, Penn State's Tim Frazier and Purdue's Lewis Jackson.

The buckeyes got 3 players on the ore-season wooden list and I'm almost positive that one of em will win the award. #gobucks