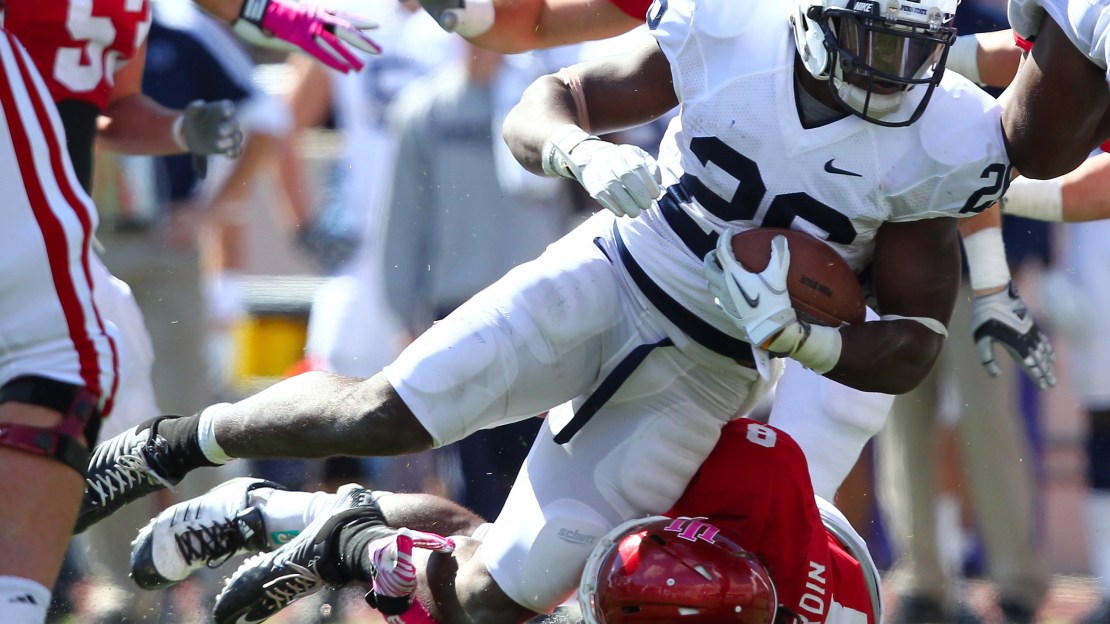 (AP) Matt McGloin threw a 74-yard touchdown pass to Derek Moye late in the third quarter, leading Penn State to a 16-10 victory Saturday at Indiana. The Nittany Lions (4-1) won the schools' Big Ten opener and improved to 15-0 all-time against the Hoosiers. Indiana (1-4) has lost two straight despite making a quarterback change Saturday. But it was Penn State's backup quarterback who was the difference. After leading Penn State to a tying field goal late in the second quarter, McGloin re-entered the game late in the third and threw the TD pass to Moye on his first play. He then led the Nittany Lions to a third field goal to make it 16-3 early in the fourth. Read the full AP recap, check out the box score and see our Big Ten scoreboard.

FOURTH QUARTER: Silas Redd had a productive quarter for Penn State. He ran for 40 yards and the Nittany Lions stopped a late Indiana rally to win 16-10. Penn State made its lead 16-3 when Anthony Fera kicked a 32-yard field goal on the last play of a 13-play, 64-yard drive. The Hoosiers capped off a 77-yard drive when Dusty Kiel and Ted Bolser combined for a five-yard touchdown to make the score 16-10. The Nittany Lions' Matthew McGloin passed for 41 yards in the quarter to put him over 200 yards for the game. McGloin finished with 204 yards through the air. Penn State's Redd topped 100 yards rushing for the game in the quarter, and finished his day with 127 yards on the ground.

THIRD QUARTER: Penn State held Indiana to 31 total yards during the third quarter and the Nittany Lions now lead 13-3. Penn State stuffed the run, giving up just 18 yards on the ground in the quarter. The Nittany Lions broke the 3-3 tie when Anthony Fera drilled a 27-yard field goal to cap a four-play, three-yard scoring drive. A fumble recovery by Penn State set the Nittany Lions up at the Indiana 13-yard line to start the drive. Penn State opened up the lead, 13-3, after Matthew McGloin and Derek Moye hooked up for a 74-yard touchdown. The Nittany Lions' Moye hauled in two catches for 76 yards in the quarter to put him over 100 yards receiving for the game. Moye has 148 yards on the day so far. Penn State will start the fourth quarter with the ball on its own 39-yard line.

SECOND QUARTER: The two teams combined for more punts than points in a slow second quarter and the game is now tied 3-3. There were five punts in the quarter as neither team could find a way to move the ball. Penn State tied the score at three apiece after Anthony Fera drilled a 22-yard field goal to clinch a 12-play, 65-yard drive. The Nittany Lions squandered an opportunity to score a touchdown, missing a chance to score from Indiana's five-yard line before settling for the field goal. Penn State will start the second half with the ball.

FIRST QUARTER: A potential upset is brewing as Indiana leads Penn State 3-0 at the end of the first quarter. The Hoosiers struck first when Mitch Ewald made a 49-yard field goal, the final play of a nine-play, 47-yard drive. Indiana crossed midfield on Dusty Kiel's 25-yard pass to Ted Bolser from the 31-yard line. The Nittany Lions have possession to start the second quarter.

Whew… Well on to next week… As always.. Onward and upward

McGloin to Moye for a 74-yard TD on Lions first play of possession. Career long pass for McGloin.

Derek Moye pulls in his 2nd catch of the day for 1st down. Moves past O.J. McDuffie (125) for 5th all-time in receptions at PSU.

This is as bad as I've seen Bolden play.

Rob Bolden starts his 5th game of the year at QB.