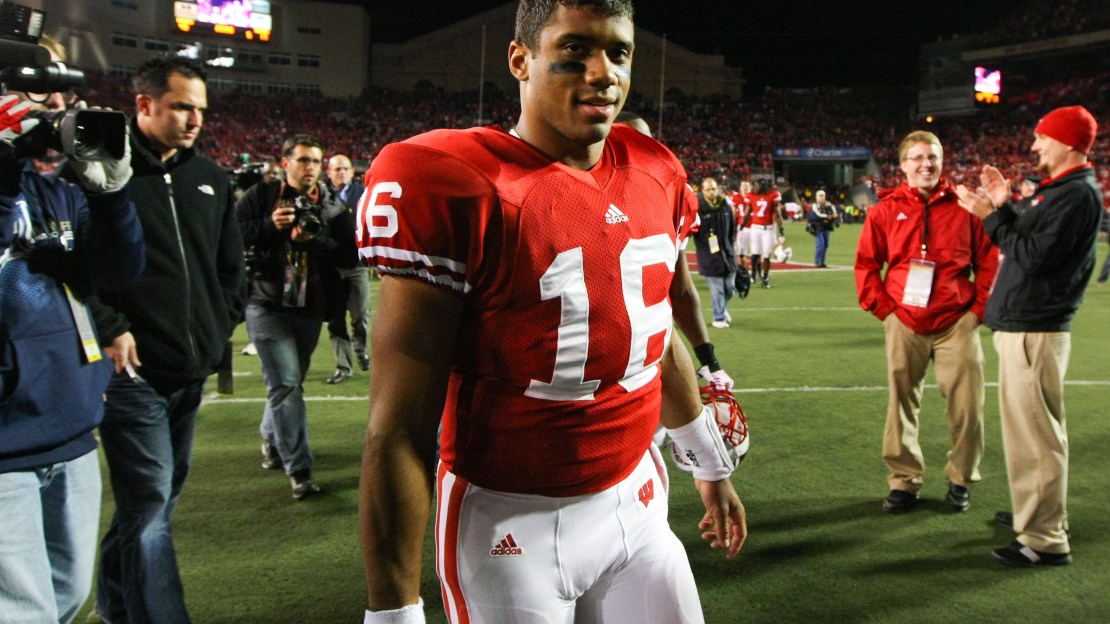 They say a player needs that signature moment to win the coveted Heisman Trophy. Consider Saturday night Wisconsin quarterback Russell Wilson's such performance. The North Carolina State transfer dazzled in Wisconsin's biggest game – one that happened to be played under the lights, on national television and against No. 8 Nebraska and its talented defense. How great was Wilson? Well, Brent Musburger and Kirk Herbstreit couldn't stop uttering his name on ESPN's telecast, and practically apologized for it. The same can be said for tweeters. The Wilson hype was everywhere on Twitter. See some of the tweets in this post.

#16 Denard Robinson vs #16 Russell Wilson will be fun to watch in Indy!!! @B1GChampionship #GOBLUE

Meanwhile Russell Wilson is cementing his Newcomer of the year Award in the BIg 10. Carving up the Black Shirts. 21 unanswered for Wisconsin

Russell Wilson is the real deal.

This summer I thought Russell Wilson was getting too much hype for a decent-to-good QB from N.C. State. Turns out, he wasn't getting enough.

It was one thing when Russell Wilson was carving up inferior defenses before, this against Pelini's D is very impressive. He's sharp.

Russell Wilson is putting on a clinic right now, passing and running.