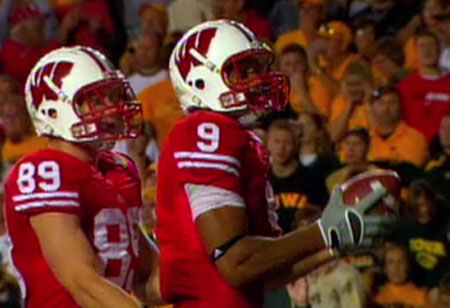 If Penn State is referred to as ?Linebacker U,? Wisconsin might want to consider calling itself ?Tight End U.? No, Wisconsin?s dominance at the position doesn?t date back as far as Penn State?s linebacking prowess, but the Badgers, of late, seem to produce very talented tight ends. Take the 2000s, for example. From Owen Daniels to Garrett Graham to Travis Beckum, among others, Wisconsin has boasted some of the Big Ten?s finest at the position. That said, it?s no surprise a trio of Badgers made the cut when it came to BTN's top 10 tight ends of the 2000s. Watch a clip from Tuesday's Big Ten's Best show now and see the entire list in this post.