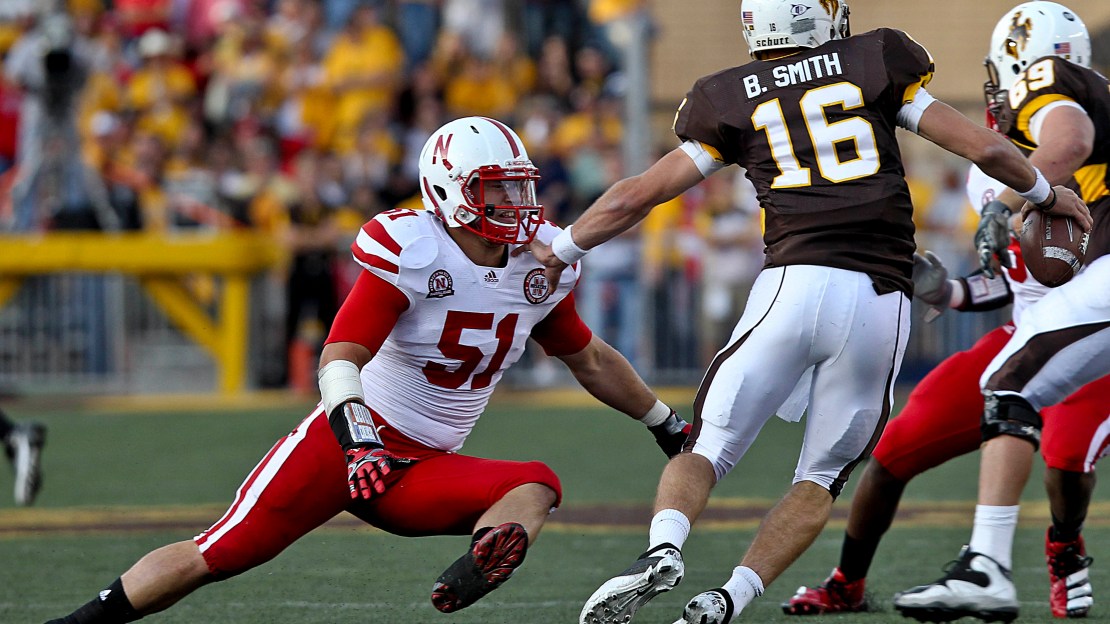 Every week during the college football season, Brent Yarina posts his latest Big Ten Power Rankings. Week 4 saw the Big Ten go 8-2, including wins from Illinois, Michigan, Nebraska and Wisconsin, all of which will bring perfect records into the first week of conference play. As for the power rankings, they are not meant to mimic the Big Ten standings. What fun would that be? They aren?t scientific, either. They?re simply Brent?s thoughts on where each Big Ten team stands after its latest game and entering its next contest. Agree? Disagree? Tweet @BTNBrentYarina.

1. Wisconsin (4-0) - The Badgers have yet to be challenged this season, outscoring their four opponents 194-34. That's an average score of 48.5-8.5, which is very impressive regardless of the competition. This is the Big Ten's most complete team, any way you look at them, because they have two of the Big Ten's best running backs, one of the conference's best pure quarterbacks, and a defense that, while unproven, is getting it done.
Last week: No. 1
Next game: vs. Nebraska

2. Nebraska (4-0) - The Huskers offense continues to roll, averaging 42.8 points per game. The unit's been so lethal, in fact, Saturday night's 38 points marked a season-low output. No worries. Nebraska could have added another seven on its final drive, but it opted to take a knee deep in Cowboys territory. The bigger story was running back Rex Burkhead, who's running like a man possessed the past two weeks (290 yards, 4 TDs), and the defense, which allowed its share of yards but limited Wyoming to just 14 points in its first road tilt.
Last week: No. 3
Next game: at Wisconsin

3. Illinois (4-0) - Ever since Ron Zook took over in Champaign, the Illini have had the ability to run the ball better than anyone else. It almost doesn't matter what name is on the back of the jersey, either, because Illinois always finds a way to churn out big yardage on the ground. In Week 4, it was Troy Pollard, he of 488 career rushing yards, busting out for a career-high 133 yards.
Last week: No. 2
Next game: at Northwestern

4. Michigan (4-0) - Is previously undefeated San Diego State overrated? Or is Michigan just really good? Either way, the Wolverines dominated the Aztecs, Brady Hoke's former team, to move to 4-0 for the third straight season. Unlike the previous three years, Michigan appears to have a defense capable of preventing another collapse in Big Ten play. Greg Mattison's unit is aggressive, relentless and opportunistic, which explains the 13 turnovers it has forced in the first four games.
Last week: No. 5
Next game: vs. Minnesota

5. Michigan State (3-1) - We all know that when the Spartans run the ball, they are almost impossible to beat. Well, despite playing behind a revamped line, Michigan State racked up 197 rushing yards in Saturday's 45-7 win over Central Michigan. It didn't really matter how the running backs performed on this day, thanks to the team's second dominant defensive performance in three weeks, the latest one highlighted by four interceptions. All that said, the aforementioned o-line is a big cause for concern, especially for a team like Michigan State, entering Big Ten play.
Last week: No. 4
Next game: at Ohio State

6. Iowa (3-1) - If the Hawkeyes can shore up their defense and figure out a way to overcome some of the personnel losses, they're on their way to being a very dangerous team. With James Vandenberg flinging the ball all over the field to receivers the quality of Marvin McNutt, Keenan Davis and Kevonte Martin-Manley, Iowa features an exciting offense that looks a lot like a Big 12 unit.
Last week: No. 6
Next game: Bye

7. Ohio State (3-1) - Saturdays' win over lowly Colorado wasn't your classic Ohio State performance, but it sure was a lot better than last week's forgettable loss at Miami. Braxton Miller was up and down in his first career start, completing 5 of 13 passes for two touchdowns, to go along with 83 rushing yards. This offense is still a work in progress, – Jordan Hall sure looks explosive – and the defense will battle its share of inconsistencies.
Last week: No. 7
Next game: vs. Michigan State

8. Penn State (3-1) - The drought is over. After not throwing a touchdown pass in the season's first three games, Penn State tossed four Saturday, including three from Matt McGloin. But just as the Nittany Lions figured out one glaring problem, they have another one: LB Michael Mauti is expected to miss the rest of the season with an ACL injury.
Last week: No. 9
Next game: at Indiana

9. Northwestern (2-1) - Dan Persa says he'll be ready for Saturday's Big Ten opener at Illinois, and if he is, that will be a huge lift for the Wildcats. Even if the standout quarterback does return, there's no guarantee he will be able to stay on the field. That means Northwestern must continue to improve its running game and defense, departments it has struggled in recently against Big Ten competition.
Last week: No. 8
Next game: at Illinois

10. Purdue (2-1) - Through all the injuries the Boilers have suffered at the quarterback position, they may have the running attack to make up for the revolving door under center. In its first three games, Purdue averages 258.7 rushing yards per game, and it hasn't been a one-man attack or the result of one performance against a terrible team. The Boilers are committed to the run and they bring a stable of quality backs at opponents, including Ralph Bolden.
Last week: No. 10
Next game: vs. Notre Dame

11. Minnesota (1-3) - There's not much one can say about a team that has home losses to New Mexico State and FCS North Dakota State. Whatever the Gophers did in almost upsetting USC at the Coliseum in Week 1, they haven't been able to recapture it. This is a team without much of an identity, and it might have a quarterback battle on its hands, as well.
Last week: No. 11
Next game: at Michigan

12. Indiana (1-3) - Other than the defense, which is allowing 26.5 points per game, Indiana's biggest problem has been its slow starts and prolonged periods of inept offense. The Hoosiers have scored 76 of their 110 points (69 percent) in the second half, including their 21-point fourth-quarter explosion Saturday. It's hard enough playing from behind against the likes of Ball State and North Texas, so it'll be even tougher in Indiana's final eight games.
Last week: No. 12
Next game: vs. Penn State