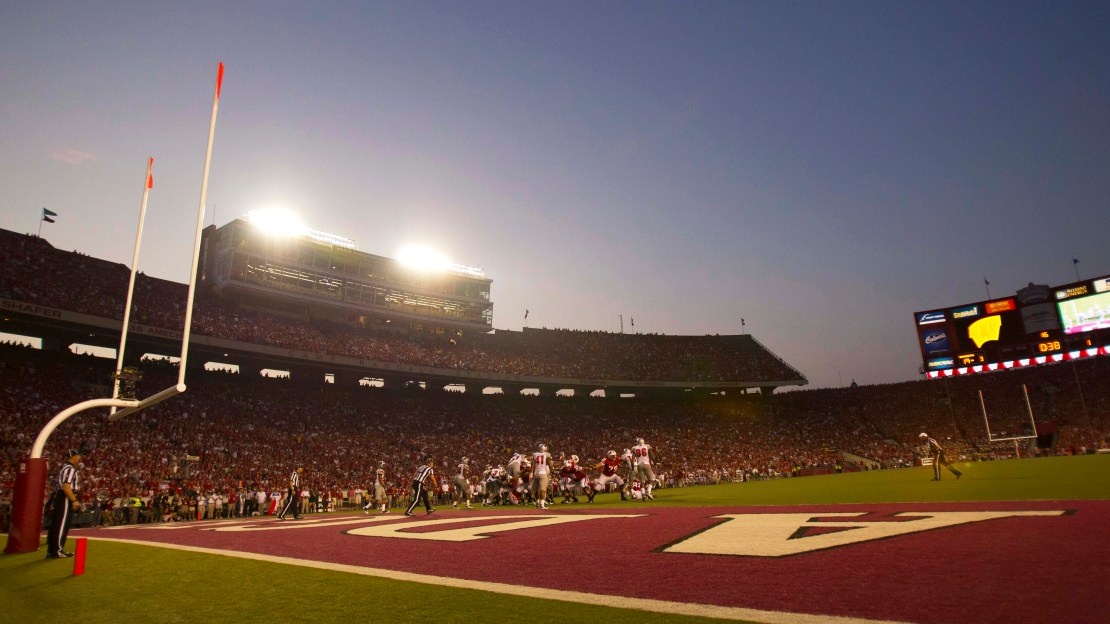 ESPN College GameDay is coming to Madison this week, according to a recent tweet from the show's Twitter account. The decision should come as no surprise, considering No. 7 Wisconsin hosts No. 8 Nebraska in the Huskers' first Big Ten game Saturday. Oh, and the game will be played under the lights, too. We all remember the last time Wisconsin hosted a high-profile night game, right? The result was a commanding 31-18 victory over then-No. 1 Ohio State. Madison was going to be a an electric place either way, but now it will be an even bigger event.

Time to "Jump Around." GameDay headed to Madison for Nebraska vs. Wisconsin!

The Badgers and Huskers both bring 4-0 records into the highly anticipated game. Each team boasts a prolific offense, with Wisconsin averaging 48.5 points per game and Nebraska putting up 42.8, so a shootout could be in store. Check out the latest AP and Coaches' polls.