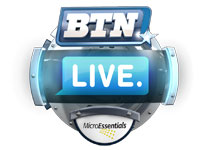 On tonight's episode of BTN Live our experts covered a host of topics in 60 minutes, then produced a bonus Web-only video clip we call The Fifth Quarter. It's been a newsy week leading up to some very interesting games on Saturday. Plus, we asked you to vote in a whole batch of Internet polls, and you responded.

Not only is the show @BTNLive on Twitter but so are all of our Big Ten experts. Why is this important? Because they're following Big Ten stories, tweeting their opinions all week, and looking for your questions.  And @GerryDiNardo, @HowardGriffith, @BTNGlenMason and even @BTNStatsGuy often tweet live during the show. So give them a follow and ask them some great questions. They want to hear from you.

James Vandenberg's 399 yards were the most in a game by an #Iowa player since Scott Mullen in 1999 vs #Indiana. #B1G #Hawkeyes

Absolutely RT @mattsweb: Ben Hamilton gets inducted to the Gopher Hall of Fame tonight – how about a shout out on the air?

Got feedback for the show that goes longer than 140 characters on Twitter? Drop your comments in the comment box below.