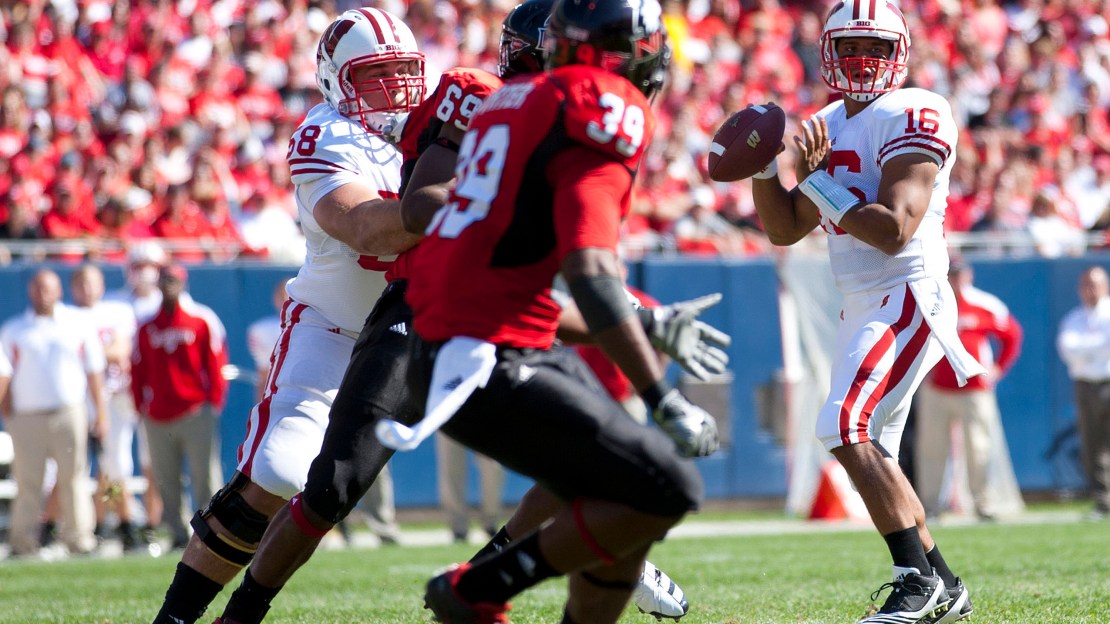 Get ready to be excited. The last full week of nonconference football is Saturday, and that means more competitive, entertaining and meaningful games are on the horizon. Week 4 also gives us the Big Ten's first open weeks, with Northwestern and Purdue both off this weekend. BTN will air five Week 4 games, including Michigan hosting San Diego State, Brady Hoke's old team, at noon ET. Use our GameFinder to find your BTN game, hear your coach's latest teleconference, and track all of Saturday's action on our Big Ten scoreboard.

"The Big Ten Pulse" discussed Nebraska, both its defense and its chances in the Big Ten this season, in a web-only segment earlier this week. Watch it now to hear analysts Derek Rackley and Tim Doyle's thoughts. The Huskers play at Wyoming on Saturday in a matchup of undefeated teams. Get ready for all of Saturday's action with Brent Yarina's Week 4 Preview in this post.

San Diego State (3-0) vs. Michigan (3-0)
Time: noon ET
TV: BTN
Stat: Michigan is 3-0 for the third straight season, the first time it's done so since 1995-97.
About the opponent: San Diego State running back Ronnie Hillman ranks second nationally in rushing with 165.67 yards per game and is in a four-way tie for most touchdowns (8).
Prediction: San Diego State 34, Michigan 30

Colorado (1-2) vs. Ohio State (2-1)
Time: 3:30 p.m. ET
TV: ABC
Stat: Ohio State is unranked in the AP Poll for the first time since 2004.
About the opponent: Colorado wide receiver Toney Clemons, who has four receptions, 74 yards and one score in two games, started his career at Michigan.
Prediction: Ohio State 23, Colorado 17

Game of the Week: San Diego State at Michigan – Brady Hoke and the Wolverines host his old team, a very solid one at that. Hoke left the Aztecs in pretty good shape, primarily on offense, where quarterback Ryan Lindley (622 yards, 7 TD, 1 INT) and running back Ronnie Hillman (497 yards, 8 TDs) are absolute stars. Other than Notre Dame, this is Michigan's biggest challenge of the young season. But unlike Notre Dame, which has 13 turnovers this season, San Diego State has turned it over twice, meaning it doesn't figure to help Michigan's cause quite as much as the Irish did with their five turnovers.

Player of the Week: Russell Wilson, Wisconsin – We've seen what Wilson can do against FBS opponents – it's pretty darn good (50-66, 791 yards, 8 TDs, 1 INT) – and now we get to see him go up against an FCS defense. And it's not like South Dakota is a strong second-tier defense, either, ranking 88th in passing yards among FCS teams. The expected blowout may hurt Wilson's overall numbers and put him on the bench early, but he should be able to do plenty of damage before that becomes a real issue.

Team of the Week: Nebraska – Considering the unimpressive Week 4 schedule, the fact Nebraska is one of two Big Ten teams on the road, and because I see the only good opponent on the slate, San Diego State, carding an upset, the Huskers get this honor by default. Wyoming is far from a tough draw, but it is 3-0, plus it plays in a location where there's thin air and extreme temperatures. According to Weather.com, it's supposed to be in the 40s Saturday night. A win here could mark the Big Ten's "best" victory of the week. Bring on conference play, please!

Random thought of the Week: Why is Indiana, a Big Ten team, traveling to North Texas? I had to do a double-take when I first saw the Week 4 schedule just to make sure it wasn't a "road" game at a neutral site. Nope, the Hoosiers are traveling to Denton, Texas, to play the Mean Green of the Sun Belt Conference. I can understand a Big Ten team traveling to, say, a MAC destination, but the Sun Belt seems a little odd. Maybe the Hoosiers can use the trip to dip into Texas' fertile recruiting grounds.