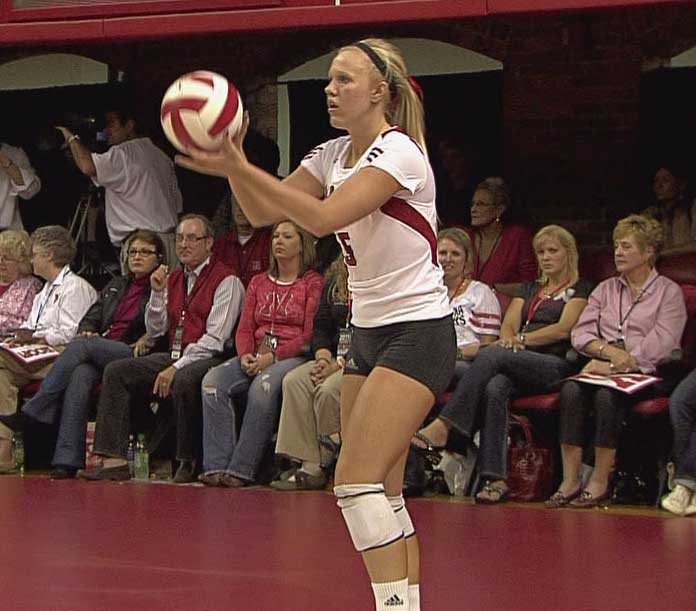 Playing its first match as a member of the Big Ten, No. 10 Nebraska outlasted four-time reigning national champ and No. 5 Penn State in five sets (25-18, 25-16, 23-25, 19-25, 15-10) Wednesday in front of a sold out crowd at the NU Coliseum. Gina Mancuso led Nebraska with 22 kills and added 10 digs en route to tallying her fifth double-double of the season. Morgan Broekhuis also had a double-double, the second of her career, and Lauren Cook notched 53 assists. Penn State's Ariel Scott led the Nittany Lions with a match-best 23 kills.

"Welcome to the Big Ten," Nebraska coach John Cook told Huskers.com. "That's what it's going to be like every night, I think."

Hear the Huskers react to their first Big Ten win:

Bookmark our Olympic Sports TV Schedule so you don't miss a single BTN volleyball game. Next up: Purdue hosts Michigan State at 8 p.m. ET Friday. Have you checked out the latest AVCA poll? And don't forget to catch the next episode of "Big Ten Women's Sports Report" at 8:30 p.m. ET Monday.