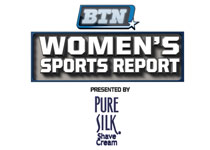 As if the competition of the Big Ten wasn't a big enough adjustment, the Nebraska volleyball team also must adapt to a new schedule in its first season in the Big Ten. Unlike the Big 12, Nebraska's previous conference, the Big Ten plays its weekend conference games on back-to-back nights, Friday and Saturday. It's something that will take some getting used to. No. 10 Nebraska hosts No. 5 Penn State in the teams' Big Ten opener at 8 ET Wednesday on BTN. Our Big Ten Women's Sports Report discussed the Huskers' adjustment in this web-only segment.