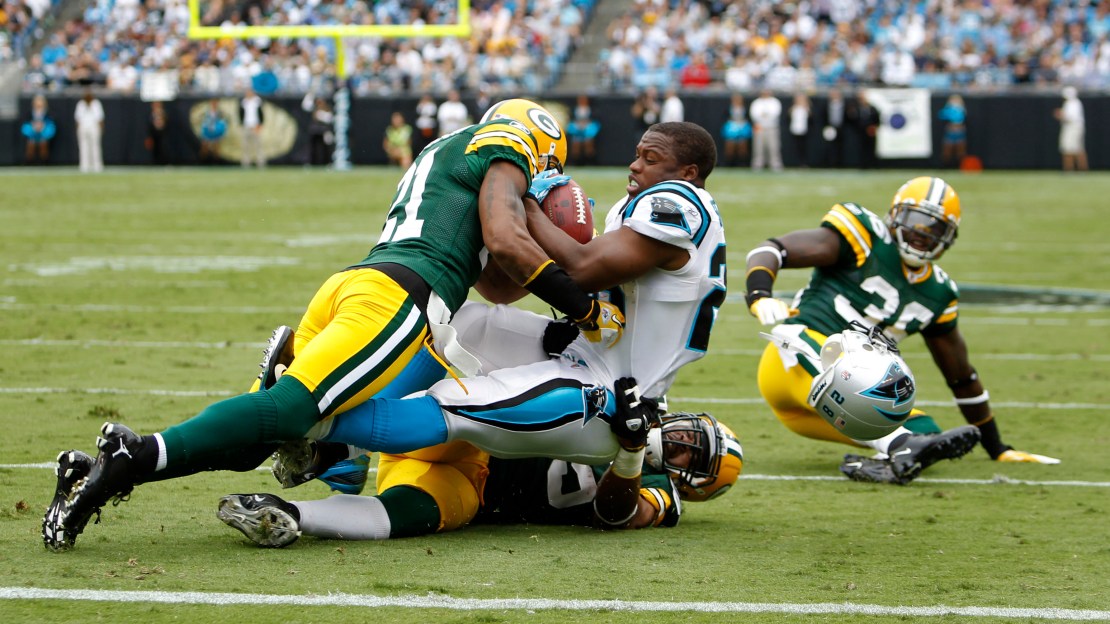 Week 2 of the NFL season is in the books, and just like last week, former Big Ten players compiled some very impressive days. All season long, use our Big Ten NFL Stat Tracker to see how ex-Big Ten stars performed each week. Simply click on a player's name, and the link will lead you to his NFL.com game log. Every Tuesday morning, Brent Yarina will single out the Big Ten's best offensive, defensive and special teams performances, plus link to their NFL.com highlights. See the Week 2 winners inside.

Defense: Charles Woodson, Green Bay – The former Wolverine always has a knack for getting his hands on the ball, and that's just what he did in Sunday's 30-23 victory at Carolina. Woodson, the 1997 Heisman winner, picked off two passes (Watch first INT! And No. 2!), both from Cam Newton, last year's Heisman winner, recorded five tackles and recovered a fumble (Watch it!), for good measure.
Honorable mention: Larry Foote, Pittsburgh – The ex-Wolverine tallied a pedestrian four tackles, but he also had one sack (Watch it!) and played a key role in Pittsburgh carding the season's first shutout, a 24-0 victory over Seattle.

Special Teams: Brandon Fields, Miami – Fields only booted the ball three times in Miami's 23-13 defeat to Houston, but he made every punt count. The ex-Spartan punter averaged 60.3 yards per punt, including a 70-yarder (Watch it!), and placed two inside the 20-yard line.
Honorable mention: J.J. Watt, Houston – Much like he did with the Badgers, Watt was a pest on special teams, blocking a 22-yard chip shot (Watch it!) in the Texans' 23-13 victory at Miami.

Have a nominee for the weekly recap? Tweet it to @BTNBrentYarina.

You can see more about the big weekend from Big Ten players in the NFL on "The Next Level" at 7 p.m. ET Tuesday on BTN. Every week, Jon Jansen (Michigan) and Brandon Williams (Wisconsin) discuss the Big Ten football stars from the past, present and future by tracking professional players, as well as those current Big Ten athletes poised to make the leap. Watch our "Big Ten Blast" now to get the latest Big Ten news.