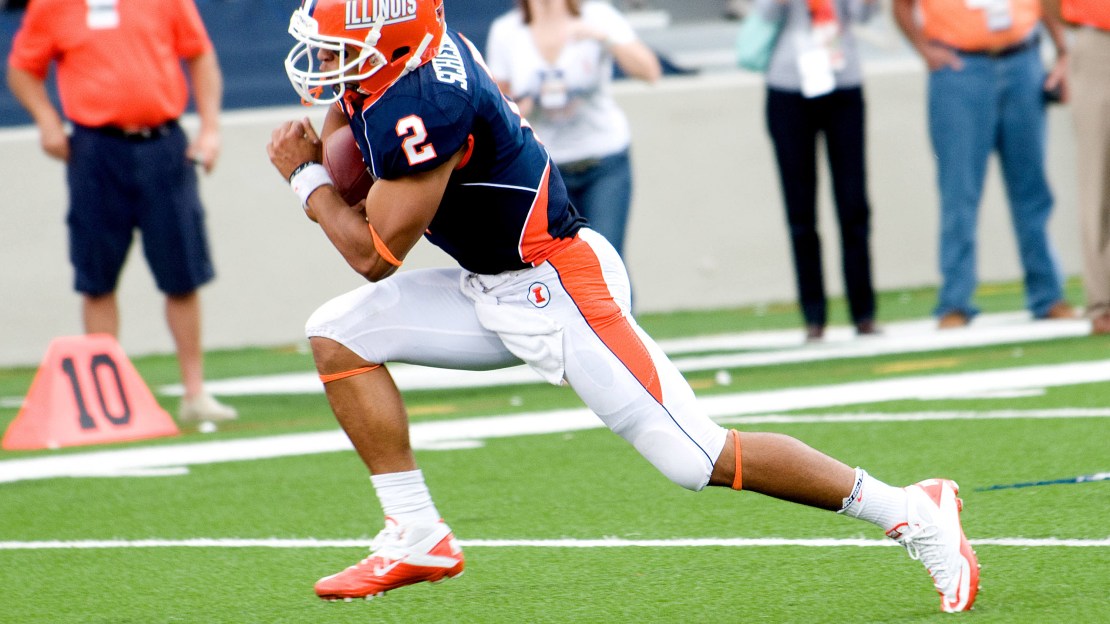 As discussed here last Wednesday, the Week 2 schedule was a lot more challenging than what the Big Ten faced in the opening week. As a result, the Big Ten struggled to a 7-5 record, one week after going 10-2. Well, the Week 3 schedule has a few more tough tests, with dates against Pittsburgh, Notre Dame, Arizona State and Miami (Fla.). BTN will air five games Saturday, including Illinois hosting No. 18 Arizona State at 7 p.m. ET. Use our GameFinder to find your BTN game. Watch our latest Big Ten Blast now and check out Brent Yarina's Week 3 Preview inside.

Pittsburgh (2-0) vs. Iowa (1-1)
Time: noon ET
TV: ESPN2
Stat: Since 2008, Iowa has lost 12 games by a combined 43 points, an average of 3.6 points per game.
About the opponent: Pittsburgh has scored 35 points in each of its first two games, thanks in large part to running back Ray Graham's 322 rushing yards and six touchdowns.
Prediction: Iowa 27, Pittsburgh 23

Penn State (1-1) vs. Temple (2-0)
Time: noon ET
TV: ESPN
Stat: Joe Paterno is 27-0 all-time against Temple, his best record against any team.
About the opponent: With last week's win over Akron, Temple is 2-0 in consecutive seasons for the first time since the late 1960s.
Prediction: Penn State 23, Temple 16

Washington (2-0) vs. Nebraska (2-0)
Time: 3:30 p.m. ET
TV: ABC
Stat: This marks the third matchup between these two teams in a calendar year. They split last year's two meetings, Nebraska winning in Week 3 and Washington in the Holiday Bowl.
About the opponent: Washington is 2-0 for the first time since 2007. The Huskies, of course, lost to Ohio State in their third game that season.
Prediction: Nebraska 37, Washington 20

Arizona State (2-0) vs. Illinois (2-0)
Time: 7 p.m. ET
TV: BTN
Stat: Illinois eyes its first win over a ranked foe since its 2007 upset at No. 1 Ohio State.
About the opponent: Steven Threet, the Michigan transfer and last year's starting QB, had to quit the team due to concussions, paving the way for 6-8 QB Brock Osweiler.
Prediction: Illinois 35, Arizona State 30

Ohio State (2-0) vs. Miami (FL) (0-1)
Time: 7:30 p.m. ET
TV: ESPN/ESPN3
Stat: The Buckeyes haven't lost a nonconference road game to an unranked foe since 1988, when it lost 42-10 at Pittsburgh.
About the opponent: Miami is coached by former Penn State player Al Golden, who left Temple to take over the Hurricanes this offseason.
Prediction: Ohio State 26, Miami 23

Game of the Week: Arizona State at Illinois – The Michigan State-Notre Dame rivalry is entertaining and the Spartans have had great success recently in South Bend, but something tells me it'll be hard to top the night game at Memorial Stadium. No. 18 Arizona State marks Illinois' first real challenge of the season, and if the Illini want to prove they're as good as a lot of people are saying, they need to beat their first ranked opponent at home since the 2007 season. Both teams feature explosive offenses, led by under-the-radar quarterbacks, and quite a bit of speed, so the week's highest-scoring game could come under the lights on BTN.

Player of the Week: James Vandenberg, Iowa – Vandenberg is off to a solid, but not spectacular, start in his first season as a starter, with 426 passing yards, four touchdowns and zero interceptions through two games. He should have his biggest game yet Saturday, going up against a Pittsburgh defense that has allowed Buffalo and Maine to complete 63 percent of their passes for 610 yards (111th in FBS) and three touchdowns, to go along with just one interception. Neither of the Panthers' first two opponents had a receiving duo nearly as good as Marvin McNutt and Keenan Davis,  so expect a big day from the Iowa passing game.

Team of the Week: Illinois – As mentioned above, the Illini haven't topped a ranked team at home since 2007, the same season they made their unexpected Rose Bowl run. Though Illinois hasn't been challenged in its first two games – against Arkansas State and South Dakota State – it certainly looks like Ron Zook has his best team since that unforgettable 2007 campaign. Not only would a win over No. 18 Arizona State go a long way in proving that point, it would get the Illini back in the polls and back on the national radar.

Random thought of the Week: How will Soldier Field's playing surface affect Wisconsin's running game? If you're a Bears fan, or just an NFL fan, you know all about the terrible turf at Soldier Field. It never looks good, it gets more divots than just about any golf course and it constantly needs to be replaced. The Badgers rely a lot on stud running backs Montee Ball and James White, so if the footing is as bad as it often is in Chicago, their biggest weapon could be negated, tamed against Northern Illinois. It isn't likely, considering Wisconsin's strong offensive line and talented backs, but it's something to consider.