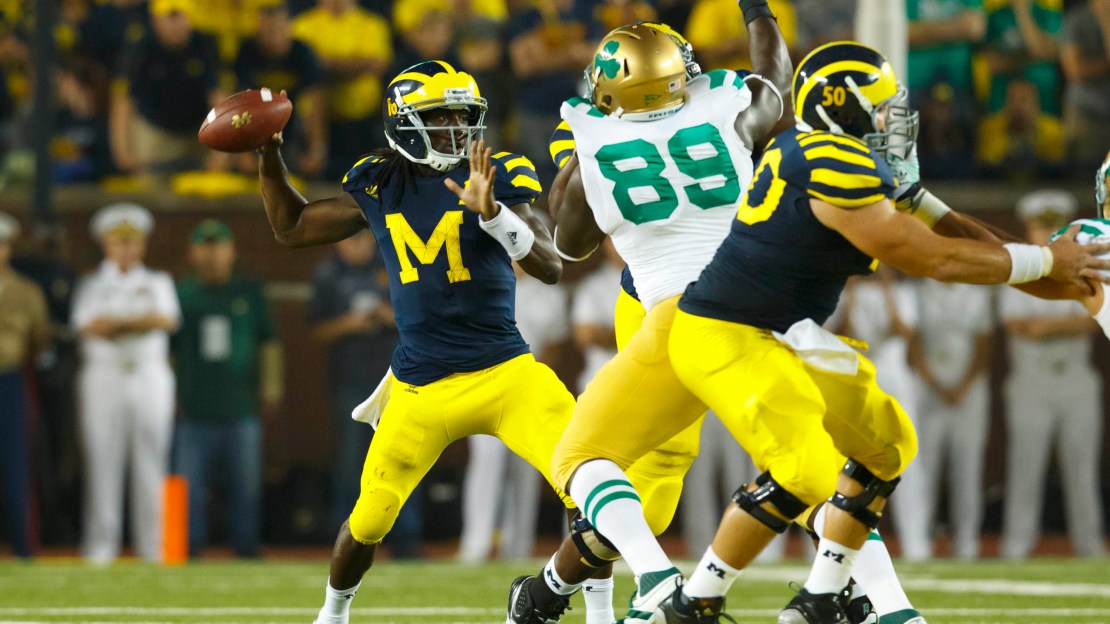 The Big Ten Conference announced the three players of the week after a wild and exciting weekend of football. Offensive honors went to Michigan's Denard Robinson, who led the Wolverines to 28 fourth-quarter points, including two touchdowns in the final 1:12, in a 35-31 win over Notre Dame. The star quarterback accounted for 446 of Michigan's 452 total yards and had a hand in all five of the team's touchdowns. See all the honorees inside.

Defensive honors went to Wisconsin's Mike Taylor, who had a  career-high nine tackles, including a sack and 1.5 tackles for loss and a forced fumble. Both special teams and freshman honors went to Nebraska's Ameer Abdullah, who had a school-record 211 kickoff return yards, besting the previous mark of 186 yards. More videos inside.