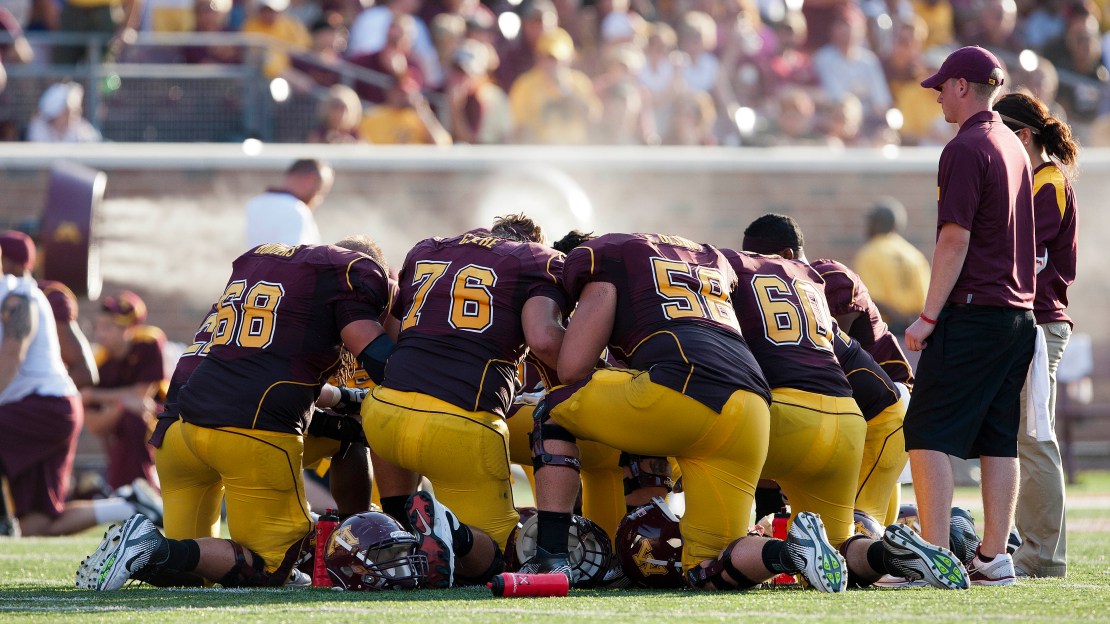 Minnesota head football coach Jerry Kill, who suffered a seizure on the sideline in the final seconds of the team's 28-21 loss Saturday, continued to show signs of improvement Sunday and is resting comfortably at a hospital, according to StarTribune.com and GopherSports.com. Kill, in his first season with the Gophers, has had similar seizures previously in recent years and has always made a full recovery. School officials said the seizure was the result of his medication related to his kidney cancer, along with dehydration on a warm, sunny day.

School officials also reported all tests on Kill have come back normal and further testing would continue, but there will be no more updates until Monday. "Coach Kill is in good hands and is receiving the very best in medical care," director of athletics Joel Maturi said. "Right now the reports we have received from our medical staff are positive and I am very pleased that he continues to show steady signs of improvement." Catch up on all of Saturday's action in Brent Yarina's Week 2 Recap. And where does your team land in his power rankings? Also, the latest national polls were released Sunday.

Here a few tweets people posted about Kill shortly after his health scare:

Our thoughts and prayers are with Coach Jerry Kill- we're all wishing you a speedy recovery!!

Glad to hear that MINN head coach Jerry Kill is stable after seizure during game – thoughts and prayers with coach and MINN family.

Thoughts and prayers with Jerry Kill. Scary situation in Minnesota.