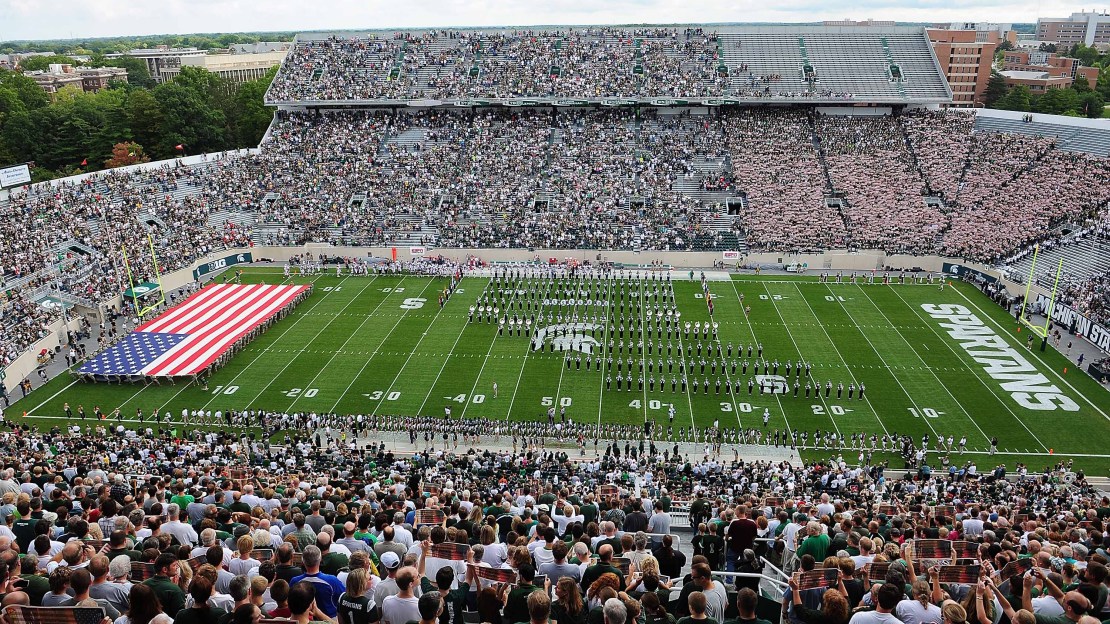 It's Saturday. Everyone is watching college football and many are tweeting about it, too. BTN.com scours Twitter throughout the day to give you some of the best tweets regarding Big Ten football. Enjoy!

PSU : It's not a knock but 2 Qb's means no Qb's. But in fairness to PSU, Alabama defense is ridiculous and returns a legit group but…..

S/o to all my teammates friends family and fans for the thanks and support! Love yall!! #SpartanNation

Hard fought game. A win is a win! Bring on the U!! #gobucks

Is that an SEC crew because that was a terrible spot on the fake punt. Penn State got shafted

No more of this! I'm having a heart attack over here!

Just a reminder: No in-state opponent has beaten #OhioState in 90 years. Yes, that's 90.

Lots of boos at Ohio Stadium after that three and out. Unless the crowd was saying "BAAAHHHHHHHHHHserman"

Ohio St has allowed 22 pts to Toledo, the 1st time OSU has allowed 20 points to an Ohio school since allowing 20 to Cincinnati in 1999

Rob Bolden off the bus first for #PennState. Greeting him is former QB Daryll Clark.

One first down the entire half for FAU, MSU has 263 total yards. FAU has just 26. #MSUFAU

So far, Iowa-ISU is ugly, but interesting. Like a "Real Housewives of Anywhere" episode on Bravo.

that's the first ISU touchdown against Iowa's starting defense since 2006

Former OSU assistant Tim Beckman knows OSU; lot to be said for coach who knows what other guy does. Bonus: Rockets can score in bunches.

Congrats to the my bro @BjCunningham_03. We knew you could do it. Breaking records out there.

Glad we could capitalize on that -4 yard punt lol. That has to be a record.