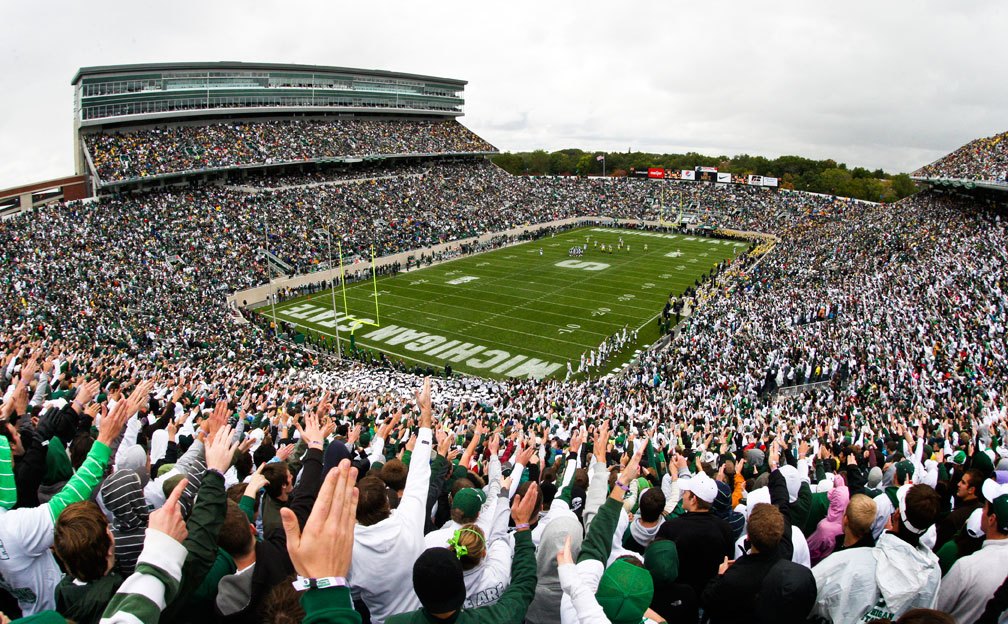 We get a lot of feedback on our show "The Big Ten's Greatest Games" and the fans love it. And we do, too. It's just fun to see our old Big Ten heroes play in older stadiums in old uniforms. It brings back a lot of memories for Big Ten fans everywhere. And now we're happy to tell you we have the list of games for the upcoming season.

Here's the list. We'll add broadcast dates and times later, although you can always check our BTN TV schedule for the latest listings. We'll also spotlight each game on BTN.com the day the show debuts, possibly with a video clip or two, too.

1995 Orange Bowl – Nebraska vs. Miami
Led by Quarterback Tommie Frazier the Cornhuskers battled Miami in hopes for their 1st National Championship since 1971. 1/1/1995

2010 Missouri at Nebraska
Nebraska running back Roy Helu Jr. set the Huskers single-game rushing record with 307 yards as Nebraska took on Missouri in their last season as a member of the Big 12. 10/30/2010

2010 Notre Dame at Michigan State
Notre Dame traveled to East Lansing looking to beat Michigan State in consecutive years for the 1st time since 1994. The game would turn out to be one of the most exciting finishes of the entire 2010 NCAA Football Season.  9/18/2010

2010 Illinois at Michigan
Illinois tailback Mikel Leshoure compiled 5 touchdowns in this wild one. The Wolverines and Fighting Illini combined for over 1,200 yards of offense and 130 points. 11/6/2010

2007 Minnesota at Northwestern
Seeking their 1st Big Ten win of the season Minnesota Quarterback Adam Weber connected with wideout Ernie Wheelwright 7 times for 116 yards and 3 touchdowns in Evanston against the Wildcats. 10/13/2007

2008 Michigan at Purdue
In his final year at the helm Purdue head coach Joe Tiller was looking for just his 2nd career win against Michigan and the team?s 1st since 2000. 11/1/2008