Football And Beyond: Talking Coaching Debuts 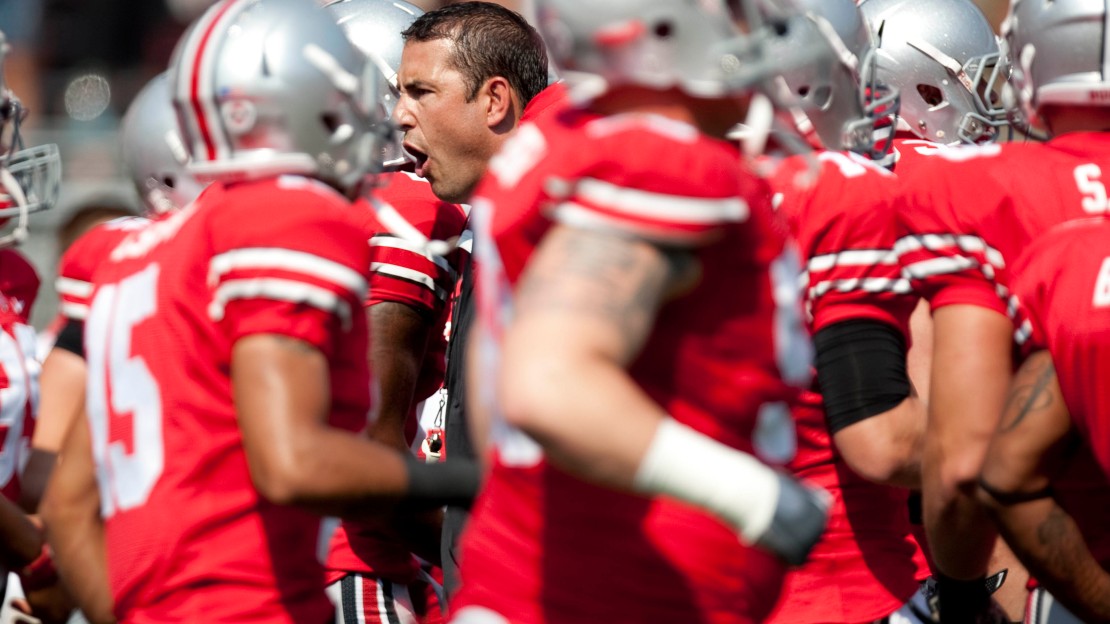 Four new head football coaches, including first-time coaches Kevin Wilson (Indiana) and Luke Fickell (Ohio State), made their Big Ten debuts in Week 1. Who had the most impressive first game? Was it Fickell, who became the first Ohio State coach to record a shutout in his debut since Woody Hayes? Was it Jerry Kill, who nearly led the Gophers to a win over USC at the Coliseum? Or was it Brady Hoke, who helped Michigan put away Western Michigan? Watch now as BTN analysts Gerry DiNardo and Chris Martin offer up their selections.

One of our analysts says, like teams, first-year coaches often make their biggest improvements from Week 1 to Week 2. That's good news for all four of these guys, two of who are seeking their first win at their new school. Wilson and Kill will try to enter the win column against Virginia and New Mexico State, respectively. See the full Week 2 Big Ten scoreboard.

BTN airs six games this Saturday, including Fresno State-Nebraska. To get ready for the action, read Brent Yarina's Week 2 Preview, which also include a podcast preview. Also, bookmark our GameFinder to make sure you don't miss any of the action and remember that you can now watch every BTN game online with BTN2Go.